Mr. Samsam Ali Bukhari, Minister of State for Information and Broadcasting, Chair of the Session, emphasized the strong need to make Pakistan a corruption free society. He said: Government has taken some steps towards ensuring transparency in the society. Defence budget was discussed in the Assembly for the first time in the history of Pakistan and Public Accounts Committee chair has been given to an opposition leader for the first time. Access to Information is not a favour but a right of the people. Government has opened itself to criticism and we welcome instructive criticism. We request the media to come up with a code of conduct. REFERENCE: Policy Dialogue Forum Policy Dialogue Forum - Ensuring Good Governance through Strengthening Administrative Justice and Accountability First Draft Conference Report http://www.mohtasib.gov.pk/site/Projects/spgrminterface/exhibition/exhibition/PDF%20Conference%20Report%20SPGRM%20UNDP.pdf

Individualland Pakistan Executive Director Gulmina Bilal said that transparency in governance not only improved goodwill of the government but all its functionaries. Governance is not just limited to politics but economic governance is of great importance as well. Economy of a country decides moods of the population, because their welfare depends solely on this important factor, she said. Gulmina said that Pakistan being a democracy also had this legislation as an integral part of its constitution. However, its implementation was still not up to the mark. At the end it was agreed that better understanding of governance, especially economic governance and transparency are important aspects of successful governments. It was also agreed that consensus between different stakeholders on increasing transparency could only be ensured by proper implementation of the right to information legislation. REFERENCE: Access to information stressed to ensure transparency, good governance Staff Report Saturday, November 27, 2010 http://www.dailytimes.com.pk/default.asp?page=2010\11\27\story_27-11-2010_pg7_32 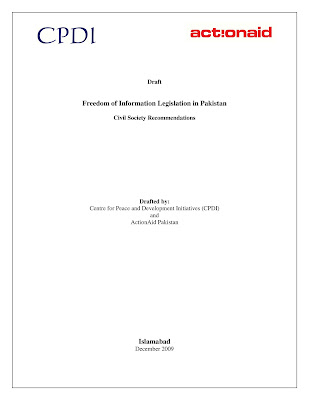 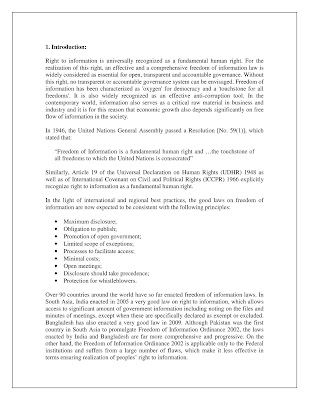 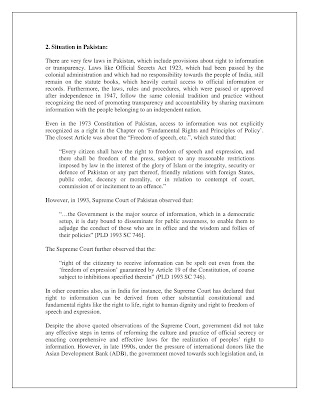 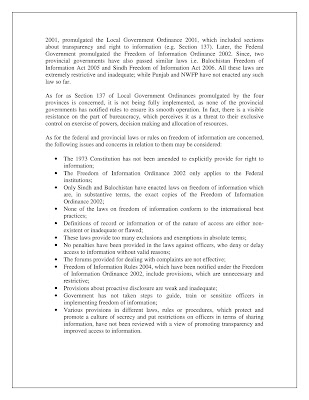 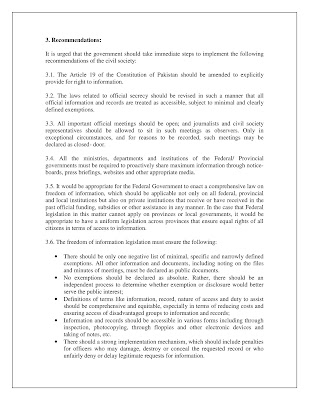 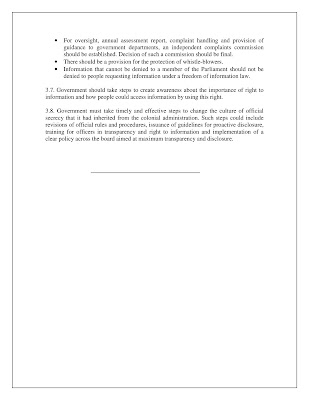