Jang Group is very "Fond Of" quoting Judges and Judiciary, now read what a Judge say about the Misuse of this Law.

And the same Jang Group publish this in its English Version i.e. The News International

Jang Group of Newspapers, particularly Mr. Ansar Abbasi through GEO TV created a Hate Campaign against Late. Mr. Salman Taseer which paved the way for his murder but the same Jang Group publish this as well "against" Blasphemy Law. Go through as to what The News (Jang Group) published in English and compare it with the Hate Campaign by GEO TV (Urdu Language TV Channel of Jang Group) against Late. Salman Taseer.

The recent awarding of the death penalty to a Christian woman on charges of blasphemy has sparked a debate in the country on the need to review the blasphemy laws. In a number of Muslim countries, blasphemy is dealt under state law. Article 156 (a) of Indonesia’s Criminal Code forbids “anyone from deliberately, in public, expressing feelings of hostility, hatred or contempt against religions with the purpose of preventing others from adhering to any religion” and forbids “anyone from disgracing a religion.” The maximum penalty for violating Article 156 (a) is five years’ imprisonment.
Our blasphemy laws dates back to the original 1860 Indian Penal Code in which Articles 295 and 298 were inserted, keeping in view the religious sensitivities of the inhabitants of the subcontinent. Blasphemy was not an offence punishable with death. Besides, the sections shared universal application and did not refer exclusively to one faith. These provisions also required malicious intention integral to the offence concerned. In 1927 the law was amended to incorporate clause 295-A which reads: “Whoever with deliberate intention of outraging the religious feelings of any class of citizens… by words, either spoken or written, or by visible representations, insults the religion or the religious beliefs of that class… shall be punished with imprisonment for a term which may extend to two years or with fine or both.” Later, after independence, the term of punishment was increased up to ten years. Zia-ul-Haq added new provisions in the form of 195-B, 295-C, 298-A and blasphemy under Section 295-C became an offence punishable by death.
The wording of the blasphemy law in Article 295-C is vague and ambiguous. According to Section 295-C, any person who, “by words, either spoken or written, or by visible representation, innuendo, or insinuation, directly or indirectly, defiles the name of Prophet Muhammad (PBUH) is liable to be punished with the death sentence or imprisonment.” Here the element of “ill-will” or malicious intention has been disregarded.
In October 1990, the Federal Shariat Court ruled that the “penalty for contempt of the Holy Prophet (PBUH)… is death and nothing else.” The ruling also noted that “no one after the Holy Prophet (PBUH)… exercised or was authorised the right to reprieve and pardon.” The FSC also directed the court to remove the punishment of “life imprisonment” for the offence of blasphemy under 295-C. The bill in this respect was passed by the Senate but could not be approved by the National Assembly. In 1993 a bill was introduced in parliament to extend the scope of 295-C by including the words “the names of Prophet Muhammad’s (PBUH) companions and family members,” but no legislative enactment could be effected in this regard.
It is not uncommon for the accusers to be motivated by religious bigotry, personal prejudices, selfish gain or professional rivalry. Prosecution often relies on unsubstantiated oral testimony of the complainants. The offence has been made cognisable and non-bailable. Ill-treatment and torture in police custody are commonplace. The judicial proceedings are protracted and the judges presiding over the proceedings of the case are given death threats and intimidated by local clerics. In October 1997, Justice Arif Iqbal Bhatti was murdered because he had acquitted two men accused of blasphemy. In the present state, blasphemy laws in Pakistan can be and are easily misused. The provision of capital punishment for blasphemy without the strictest possible safeguards is inimical to the fundamental rights of minorities. A democratic evolution of the country requires a level playing field for all groups inhabiting the land, irrespective of differences of caste, colour, creed and religion. If the PPP government wants to prove its credentials of a liberal party, it must take the initiative to rectify this state of affairs. REFERENCE: Blasphemy laws Wednesday, December 15, 2010 Nauman Asghar http://www.thenews.com.pk/TodaysPrintDetail.aspx?ID=20414&Cat=9&dt=1/4/2011
And now read the very same Jang Group

I wonder how would The Zealots in The News International, Daily Jang and GEO TV justify these acts in the name of Blasphemy Law

MULTAN, Jan 11: A court has jailed a prayer leader and his 20-year-old son for life on blasphemy charges in the rural heartland of the country, court officials said on Tuesday. The case follows the assassination of Punjab governor Salman Taseer by his bodyguard last week, after he called for reform of the blasphemy law under which a Christian woman was sentenced to death. Mohammad Shafi, 45, and his son Mohammad Aslam, 20, were arrested in April last year for removing a poster outside their grocery shop promoting a religious event in a nearby village. The poster allegedly carried Quranic verses. Judge Mohammad Ayub, heading an anti-terrorism court in Muzaffargarh, handed down a life sentence to the pair on Monday, his assistant Faisal Karim said by telephone. According to the prosecution, the organisers of the event marking the birth anniversary of Prophet Muhammad (PBUH) said the pair had “pulled the poster down, tore it and trampled it under their feet,” Mr Karim said. “The judge sentenced them to life imprisonment on charges of blasphemy and ordered them to pay a fine of Rs200,000 each,” he said. Defence counsel Arif Gurmani vowed to challenge the verdict in the high court because “it has been given in haste” and was the result of inter-sect rivalries, he said. “Both are Muslims. The case is the result of differences between Deobandi and Barelvi sects of Sunni Muslims,” he said. “Shafi is a practising Muslim, he is the imam of a mosque and he had recently returned from a pilgrimage to Saudi Arabia… I am defending them because I am convinced they are not guilty of blasphemy,” he said. Nobody has been executed in Pakistan for blasphemy and those given the death penalty have so far had their sentences overturned or commuted on appeal.—AFP REFERENCE: Court jails imam and son for blasphemy From the Newspaper Yesterday http://www.dawn.com/2011/01/12/court-jails-imam-and-son-for-blasphemy.html

BAHAWALPUR, June 15: A mosque Imam was killed while a religious leader sustained critical injuries in violence caused reportedly by sectarian tension between two Sunni sects in Choonawala Mandi near Hasilpur, about 90km from here, on Thursday. According to reports reaching here, the trouble started when Hafiz Qamar Javed, prayer leader at local Masjid Ahl-e-Hadith, burnt some trash near his mosque. The fire attracted neighbours, including people from the rival sect, who propagated that Javed was burning pages from Quran. Within no time a huge mob turned up at the scene and attacked Javed. When Ahl-e-Hadith’s local leader Master Muhammad Sadiq came to his rescue, he was also beaten up severely. The assailants left the scene when the two fell unconscious. Police rushed to the scene after getting information. In a hurry, a police vehicle hit and injured Muhammad Nadeem (13). The mob then damaged the van and thrashed ASI Muhammad Nawaz, who also sustained injuries. Later, the Hasilpur DSP and tehsil nazim reached Choonawala and managed to disperse the mob. The injured were rushed to the Bahawal Victoria Hospital, Bahawalpur, where Hafiz Qamar Javed succumbed to injuries while Master Muhammad Sadiq was in precarious condition. Following an appeal, Choonawala traders’ president, shopkeepers pulled down their shutters to protest the ‘blasphemous act’. Meanwhile, it was learnt that a case under the Blasphemy Act had been registered against deceased Hafiz Qamar Javed and injured Muhammad Sadiq while no case was registered against the assailants. DPO Arif Nawaz was not available for comments. REFERENCE: Imam lynched by mob for ‘blasphemy’ By Majeed Gill June 16, 2006 Friday Jumadi-ul-Awwal 19, 1427 http://archives.dawn.com/2006/06/16/nat10.htm
TAIL-PIECE
SAUDI (Muslim) FATWA AGAINST THE SCHOLARS (Muslim) OF DEOBAND  AND DEOBANDIS (Muslim) - The Necessity For the Imaam To Have Correct Aqeedah Author: Shaikh Badee ud-Deen Shah as-Sindee (Pir Jhanda of Pakistan) Glimpses of some of the beliefs and practices of the Deobandite Hanafis which are not free from great deviations in Aqeedah, Tawheed and Manhaj. An excellent article. http://www.salafipublications.com/sps/downloads/pdf/GRV120001.pdf 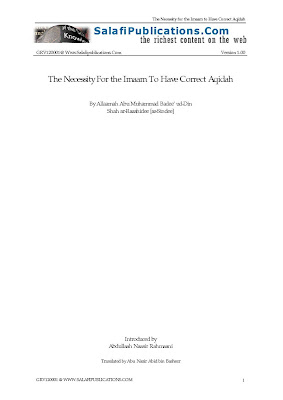 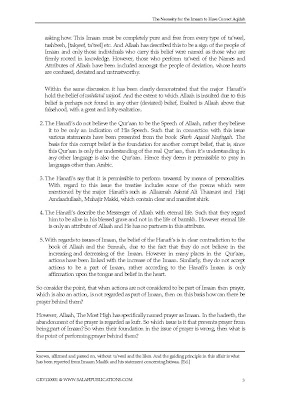 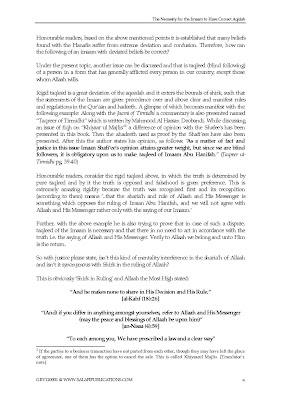 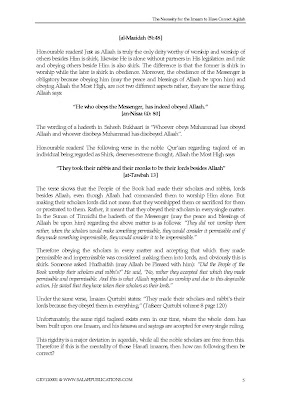 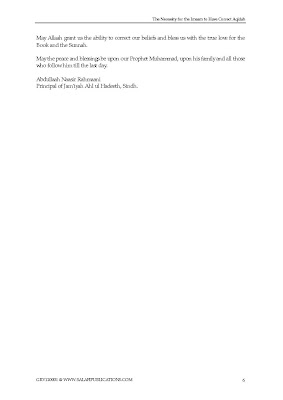 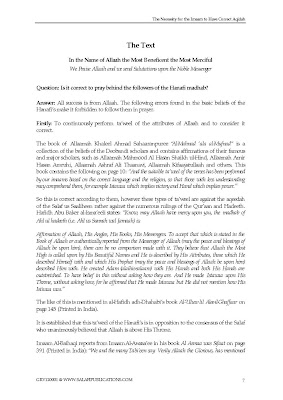 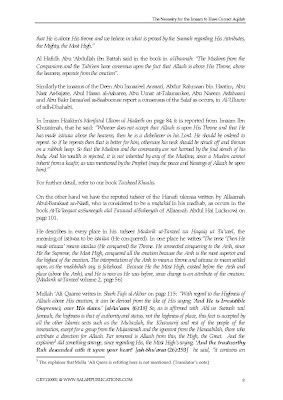 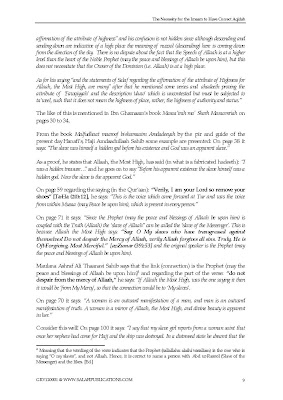 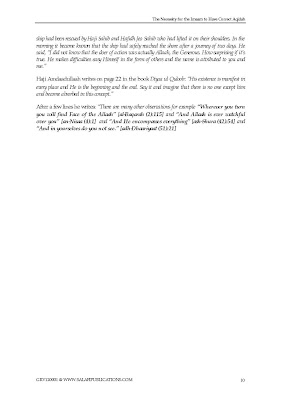 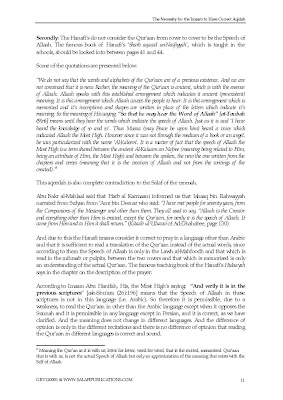 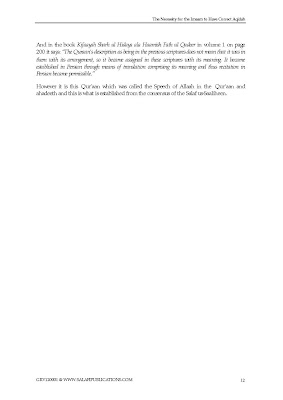 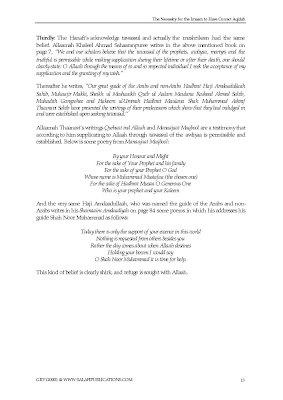 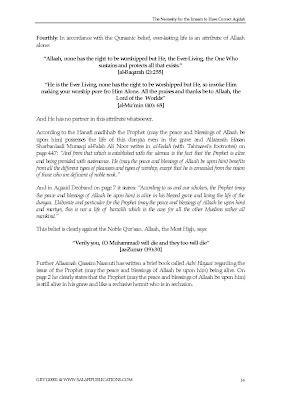 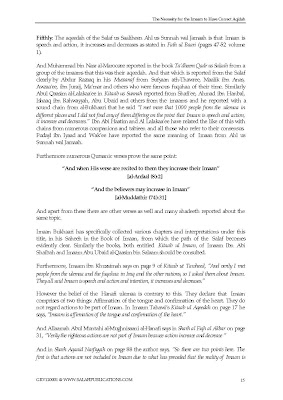 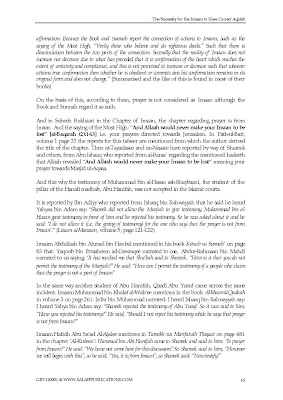 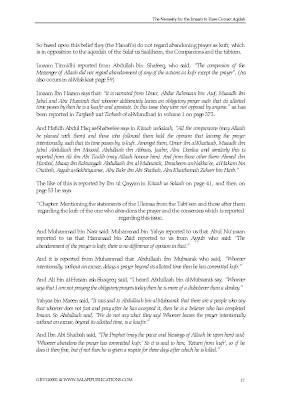 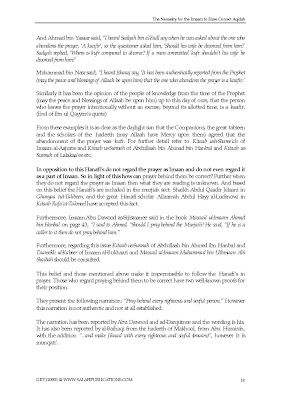 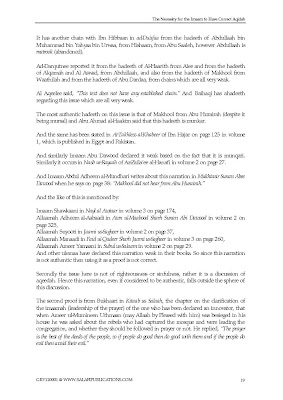 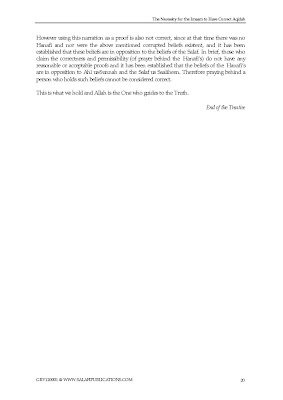