LAHORE, Jan 30: A big rally here on Sunday warned of a long march to Islamabad if the government attempted to amend the blasphemy law. A large number of charged activists of religious parties representing all schools of thought amid tight security marched from Nasser Bagh to Charing Cross on The Mall where leaders of mainstream parties like PML-N, PML-Q, PML-Z and Pakistan Tehrik-i-Insaaf also joined them. They were carrying flags of their respective parties as well as placards and banners inscribed with slogans in favour of blasphemy law and against Pope Benedict, American Congress and European Parliament. Many of them coming from adjoining areas of the provincial metropolis were also chanting slogans seeking release of Mumtaz Qadri, who had killed Punjab governor Salmaan Taseer.
Under the umbrella of Namoos-e-Risalat Tehrik, the religious parties under had been campaigning in the city for the last many days to mobilise the masses. Religious leaders visited various seminaries and some school chains run by religious schools and distributed leaflets to motivate them for joining the rally. Police made tight security arrangements to avoid any untoward incident as all routes leading to The Mall were closed to traffic and pedestrians, causing traffic jams on many city arteries, especially in the downtown area. The people willing to join the rally could enter from the Nasser Bagh or Masjid Shuhada side only after a thorough frisking and moving from walkthrough gates. Security staff was deployed on buildings along both sides of the route from Nasser Bagh to the Charing Cross.
Speaking to the participants, JUI-F chief Maulana Fazlur Rehman announced another rally in Peshawar on Feb 20. He also announced that demonstrations would be held on Fridays to maintain the momentum of the movement till Feb 20. He said the nation could put up with price hike, load-shedding and joblessness but not change in the blasphemy law. He demanded that the government take a clear stance on blasphemy law instead of making vague clarifications. Referring to the incident of killing of three people by a US citizen, he warned the rulers against setting Raymond Davis free without judicial trial, saying the people would take the law into their own hands if the government resorted to any illegal course. He advised Governor Latif Khosa to call on Mumtaz Qadri in prison as he (Khosa) was holding the office because of Qadri.
Jamaat-i-Islami chief Syed Munawar Hasan said the assemblies as well as the rulers would cease to exist if attempts were made to amend the blasphemy law. PML-Q senior leader Chaudhry Pervaiz Elahi said his party would be the first to quit the parliament if it dared to amend the law. The Q League has 50 representatives in the 342-seat National Assembly. Jamaatud Dawa amir Prof Saeed urged the rulers to work for an international legislation to curb desecration of Prophets all over the world. He said the rulers who had taken oath on the Holy Quran should decide to sever diplomatic relations with the countries where blasphemous caricatures had been published. JUP chief Sahibzada Abul Khair Zubair urged the political parties having representation in the parliament to take up the issue of protecting blasphemy law at the highest platform. Tehrik-i-Insaaf vice-president Ijaz Chaudhry pledged that his party would not allow any change in the law. He demanded public execution of Raymond Davis. MJAH chief Senator Sajid Mir said the nation had registered a strong protest against any amendment to blasphemy law. “The Ummah is unanimous that blasphemer(s) deserves only death.” Islami Tehrik chief Allama Sajid Naqvi regretted that the government was not taking a clear stance on blasphemy law only because of US pressure. PML-Z chief Ijazul Haq suggested giving a deadline to the government and if it failed to address reservations of the nation about the law, then a long march should be launched. PML-N MNA Khwaja Saad Rafiq said: “My party is very clear that blasphemy law should not be amended and efforts should be made to stop its misuse.” Ashraf Jalali, Abdul Qadri Ropri, Ibtesam Elahi Zaheer and others also spoke. REFERENCE: Blasphemy law: rally threatens long march From the Newspaper By Our Staff Reporter Yesterday http://www.dawn.com/2011/01/31/blasphemy-law-rally-threatens-long-march.html
Barelvi Shah Turabul Haq Issues Fatwa of Kufr against Imam Kaaba & Saudi Arabia.

ISLAMABAD: Top leaders of an organisation representing Deobandi madrassas across the country have reprimanded PML-N chief Nawaz Sharif for calling members of the Ahmadiyya community as “brothers” of Muslims.“Sharif should be ashamed of calling them brothers of Muslims,” said a statement issued by the Wafaqul Madaris al Arabia (WMA).Sharif said in Lahore on Saturday that Ahmadis were as important citizens of Pakistan as people from other religions and called them an asset.He made the statement to express solidarity with the Ahmadiyya community following last month’s two synchronised attacks on their places of worship in Lahore which claimed more than 80 lives with many more injured.In a statement issued here on Sunday, leaders of the Wafaqul Madaris al Arabia – an umbrella organisation of more than 12,000 Deobandi madrassas – called Ahmadis “traitors”. WMA leaders Maulana Salimullah Khan and Qari Hafeez Jahalindri urged Sharif to retract his statement and advised him not to “defy religion for petty political gains.” The statement termed the Ahmadis as “infidels” and said that they could not be brothers of Muslims until they convert to Islam again. Ahmadis were declared a minority under the 1973 constitution – a move that some people believe intensified hatred against Ahmadis. REFERENCE:  Sharif’s statement on Ahmadis angers clerics Published in the Express Tribune, June 7th, 2010.http://tribune.com.pk/story/19379/sharif%E2%80%99s-statement-on-ahmadis-angers-clerics/
Deobandis says Barelvis are Kaafir - Part - 1 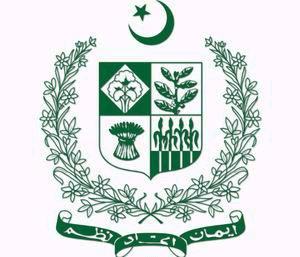 “The judgement of apostasy and expelling someone from the religion is only appropriate for the people of knowledge who are firmly grounded in knowledge, and they are the judges in the various Sharee’ah law courts, and those who are able of giving legal verdicts. And this is just like the other matters, and it is not the right of every person, or from the right of those who are learning, or those who ascribe themselves to knowledge, but who have deficiency in understanding. It is not appropriate for them to make judgements of apostasy (upon others). Since, mischief will arise from this, and sometimes a Muslim might be judged as an apostate but he is not actually so. And the takfir of a Muslim who has not committed one of the nullifications of Islaam contains great danger. Whoever says to his brother “O Kaafir” or “O Faasiq”, and he is not like that, then the words will fall back upon the one who said them. Hence, the ones who actually judge with apostasy are the legislative judges and those who are able and fit for giving legal verdicts. And as for those who enforce the judgements they are the leaders of the Muslims (wullaat al-amr). As for whatever is other than this, then it is mere confusion.”
Barelvi Mufti Muneeb ur Rehman's Fatwa against Saudi Arabia & Deobandis.


“Meting out the punishments is only appropriate for the leader of the Muslims and it is not for every person to establish the punishment, since confusion, and corruption necessarily follows from this, and also the cutting off of the society, tribulations and provocations occur. Establishing the punishments is appropriate (i.e. befits only) to the Muslim leader. The Prophet (sallallaahu alaihi wasallam) said, “Pardon each other for the punishments that are between you, but when the execution of the punishment reaches the [authority of the] Sultaan, then Allaah curses both the one who seeks intercession and the one who grants the intercession [i.e. to revoke the punishment]”. And from the responsibilities of the Sultaan in Islaam, and from those matters that befit him is the establishment of the punishments after they have been established legislatively, via the Sharee’ah law courts, upon the one who fell into the crime for which the legislator has designated a specific punishment, such as for stealing. So what has been said is that establishing the punishments (i.e. meting them out) is from the rights of the Sultaan, and when the Muslims do not have a Sultaan amongst them, then they should just suffice with commanding the good and forbidding the evil, and calling to Allaah, the Might and Majestic, with wisdom, good admonition and arguing with that which is best. And it is not permissible for individuals (in the society) to establish the hudood, since that, as we have mentioned, will bring about chaos, and also provocations, and tribulations will arise, and this contains greater corruption than it contains rectification. And from amongst the Sharee’ah principles that are submitted to is, “Repelling the harmful things takes precedence over bringing about the beneficial things”. FURTHER REFERENCES/READING: The Takfiris make unlicensed Takfeer of Governments and scholars and call the common-folk to bloody revolution as a way to remove such governments and establish Islaamic Law. http://www.salafipublications.com/sps/downloads/pdf/MSC060006.pdf
Takfiris and Apostasy by Sheikh Nasiruddin Albani http://www.scribd.com/doc/99306777/Takfiris-and-Apostasy-by-Sheikh-Nasiruddin-Albani
Takfiris and Apostasy by Sheikh Nasiruddin Albani
Posted by Aamir Mughal at 12:35 PM