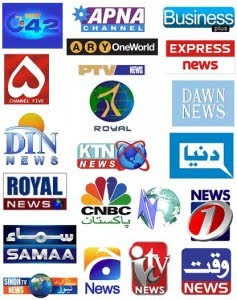 Media groups are owned by tycoons and seths and the journalistic ethic they most value is how to make money. Since the industry is small and shrinking, journalists are vulnerable and unable to speak against wrongs done to them. Since nobody highlights the ills within the industry, it is often ruthless and persistently so. Geo’s downsizing was a shock to the industry; Geo English was shelved and the first major wave of downsizing started. And of course, once something starts, it usually continues. Other channels got rid of entire teams. Dawn, ARY, Express News and Aaj have all been guilty of axing employees without warning. I protest – not just against the administration that did this to me, but also against a system that allows journalists to be exploited like this time and time again. I protest against this system that cares only for legal obligations and says nothing about moral responsibility. I protest against the mentality that makes senior journalists think that they should be allowed to play God and wreck everyone’s careers just so they can cater to their own whims. Yesterday, I realised that it is possible to get fired without a reason. And if you are in the media, nobody but the media fraternity will know about it. REFERENCE: The day I got fired from Dunya News by Sadaf Khan http://blogs.tribune.com.pk/story/3603/the-day-i-got-fired-from-dunya-news/ A broadcast journalist based in Islamabad who was formerly associated with Geo News and Dunya News. She blogs at http://ibteda.wordpress.com/ MORE IN: Unethical Behavior of Express News TV Pakistan. http://chagataikhan.blogspot.com/2009/09/unethical-behavior-of-express-news-tv.html

Once again the journalists’ community in Pakistan, like in other parts of the globe, observed the International Press Freedom, but working conditions for them are still poor and pathetic. There is still no visible improvement in working conditions for journalists and media persons in the electronic and print media, they are still working on dismal wage structure, they have no professional liberty and growth, and there is no protection to their lives, Overall working environment is discernable. As usual the Pakistani journalists appear to be compelled to work under deep stress due to widespread unemployment, lock-outs, retrenchments, killings during their performance of professional assignments as an environment of fear and terror is not let lose by pressure groups, mostly ethnic parties, terrorists and the Taliban.
WORST YEAR

Despite a proactive and highly inspired judiciary in Pakistan, it is yet to pay attention to problems faced by journalists, and safeguard their economic rights. On the other hand, ignoring the plight of newspapermen, implementation of the 7th Wage Award, which has already been notified in the official gazette and is a part of law itself, has been kept under suspension and the tribunal constituted for implementation of the wage award, namely, Implementation Tribunal for Newspaper Employees, constituted under the Newspaper Employees (Conditions of Service) Act 1973 (NECOSA) has been restrained from taking any coercive action against newspaper owners on their failure to implement the wage award.
ONWERS CARTEL & IMPLEMENTATION TRIBUNAL

While journalists lack resources to fight cases in courts or protect their members from being illegally sacked or pressured by owners in media organizations, the owners cartel, the All Pakistan Newspapers Society (APNS), whose prime object is to protect economic interests of media tycoons, and which gets subscriptions from owners in millions, has filed cases in various courts, challenging the law itself, its vires, or the operation of tribunal. Under such circumstances, the Implementation Tribunal for Newspaper Employees constituted under the Newspaper Employees (Conditions of Service) Act, 1973, failed to prove effective under the circumstances. The Sindh High Court is hearing newspaper owners’ petitions for the last nine years without any judgment in any case and has held the implementation of the 7th Wage Award in abeyance, although journalists believe that justice delayed is justice denied. Due to machinations of the powerful and influential group of newspapers owners, which is known to be the mightiest pressure mafia of Pakistan, journalists are appearing in court cases although they have lost hope for justice. They have not enough resources to challenge owners’ maneuvers in courts of law with same force, although the PFUJ and the concerned UJs are doing their level best and appearing in courts regularly.
The owners’ cartel, the APNS, has succeeded in thwarting and defeating pronouncements of Chief Justice of Pakistan, and succeeded in keeping the implementation of the 7th Wage Board Award in abeyance by maneuvering to get a restraint order from the Singh High Court through clever tactics. The owners’ mafia is so strong that no person or agency can dare probe, check, or inspect working conditions prevailing in media houses, as per prevailing laws. The owners’ mafia is the most privileged class of Pakistan as they enjoy exceptional and preferential concessions in terms of taxes, duties, levies and sanctions, by virtue of the media power commanded by them.
As a consequence to these circumstances, the media persons are forced to work on the 14-year-old wages and fringe benefits fixed under the 6th Wage Award as on July 1, 1996, whereas there has been tremendous increase in the salaries and allowances of employees of other departments since then, but poor press workers and journalists have been deprived of these benefits. Some major newspaper groups who had earlier increased salaries of journalists under the head of ex gratia as per market dynamics on the recommendations of their editors (because most of journalists were leaving those organizations in search of better pay packages), are bent up to deduct that amount being paid under ex gratia as soon as decision of the seventh wage award is announced. They are seeking undertakings from journalists that the amount would be adjusted, and recently the Dawn Media Group adjusted an amount of Rs. 67,000 against the payment made in the salary of each worker on the head of ex gratia after a petty agreement with the Dawn Union. The management had to pay this amount as it was payable since 1994 at the rate of Rs.300 per month in view of judgment of Faisalabad Compensation Court in the case of Shamsul Islam Naz vs Dawn Group of Newspapers.
ANNUAL INCREMENTS AND PROMOTIONS DENIED

On the other hand, journalists and workers in newspaper organizations are working in great stress and are being denied promotions, move-overs, and their other lawful dues by the managements. Some major organizations, including Dawn, Jang, Nawa-i-Waqt, Daily Times, have introduced contract system of hiring and have been indulging in recruitment on contract for six moths to two years or they have re-hired some senior journalists after their retirement, but are not extending any other benefits including medical, leaves, overtime, night allowance, five per cent, cost of living allowance, etc., but have mentioned their posts as “Consultant”. Although they are doing journalistic work, they are not being mentioned as editors, assistance editors etc. They are being denied medical facilities, unlike other regular employees.
600 JOURNALISTS SACKED

At least 600 media workers have been sacked from various channels and newspapers during the period under review, only to save their salaries while their share of responsibilities is shifted on the remaining employees who are subjected to over-work on the same wages, because no institution in Pakistan is strong enough to curb the activities of the said mafia. REFERENCE: PFUJ termed the 2009-2010 as a worst period for Pakistani Media persons December 19th, 2010 suhail123 http://pfuj.pk/2010/12/pfuj-termed-the-2009-2010-as-a-worst-period-for-pakistani-media-persons/
Posted by Aamir Mughal at 8:07 PM

hmm great site for All indian and pakistani tv channels, bookmarked it

keep it up man!

Hard work would not only prosper one as individual but also the organization and the whole country.
vote for faisal