http://newageislam.com/NewAgeIslamArticleDetail.aspx?ArticleID=1108
As a logical extension of the Brahmanical Conspiracy Theory, comes Masud's fascination with the Pollution Theory. The latter posits a binary opposition of the Arabs vs Ajams (Non-Arabs) where Arabs get credit for all merits of Islam/Muslims while Ajams stand convicted for all demerits that crept in the Muslim society. For example, he considers all those Arab invaders who came to India and established their government in the coastal regions of Sindh, as Khalis Musalman (Pure Muslims) and personification of "Islamic egalitarianism".(P114). This formulation runs contrary to the Veblen's Theory of the Leisure Class. Moreover, it is well documented that Arab society was highly stratified along the lines of tribes, some of which were considered superior to others. The correspondence between Abu Ja'far Mansur, the Abbasid Caliph and Muhammad bin Abdullah Nafs Zakiya (one of the descendants of Ali) which Masud cited in the book (P 133-134), demonstrates how Arabs had used paternal and maternal lineages to justify their claim to the political power.
====================================================== 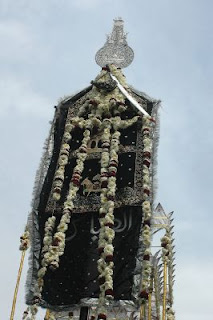 Myth of Syedzada [Descendants of the Holy Prophet Mohammad - PBUH]:

In the name of Allah, the Compassionate, the Merciful.

His wealth and gains will not exempt him.

He will be plunged in flaming Fire,

And his wife, the wood-carrier,

Will have upon her neck a halter of palm-fibre.

Narrated Hazrat Aisha [May Allah be pleased with her]

Usama approached the Prophet on behalf of a woman (who had committed theft). THE PROPHET SAID, "The people before you were destroyed because they used to inflict the legal punishments on the poor and forgive the rich. By Him in Whose Hand my soul is! If Fatima (the daughter of the Prophet ) did that (i.e. stole), I WOULD CUT OFF HER HAND." [Bukhari]

In Rajab [Tareekh Al-Islam 1/120], the tenth year of the Prophethood, Abu Talib fell ill and passed away, six months after leaving the confinement at Ash-Sh‘ib. In another version, Abu Talib breathed his last in Ramadan, three days prior to the death of Khadijah [R] . On the authority of Al-Musaiyab, when Abu Talib was on the death bed, the Prophet [pbuh] entered the room where he saw Abu Jahl and ‘Abdullah bin Abi Omaiyah. He requested his uncle:

"My uncle, you just make a profession that there is no true god but Allâh, and I will bear testimony before Allâh (of your being a believer)".

Abu Jahl and ‘Abdullah bin Abi Omaiyah addressing him said: "Abu Talib, would you abandon the religion of ‘Abdul-Muttalib? " The Messenger of Allâh [pbuh] constantly requested him (to accept his offer), and (on the other hand) was repeated the same statement (of Abu Jahl and ‘Abdullah bin Abi Omaiyah) — till Abu Talib gave his final decision and he stuck to the religion of ‘Abdul-Muttalib and refused to profess that there is no true god but Allâh. Upon this the Messenger of Allâh [pbuh] remarked:

"By Allâh, I will persistently beg pardon for you till I am forbidden to do so (by Allâh)".

It was then that Allâh, the Magnificent and Glorious revealed this verse:

"It is not (proper) for the Prophet and those who believe to ask Allâh’s forgiveness for the Mushrikûn (polytheists, idolaters, pagans, disbelievers in the Oneness of Allâh) even though they be of kin, after it has become clear to them that they are the dwellers of the Fire (because they died in a state of disbelief)." [Al-Qur'an 9:113]

And it was said to the Messenger of Allâh [pbuh]:

It goes without saying that Abu Talib was very much attached to Muhammad [pbuh] . For forty years, Abu Talib had been the faithful friend — the prop of his childhood, the guardian of his youth and in later life a very tower of defence. The sacrifices to which Abu Talib exposed himself and his family for the sake of his nephew, while yet incredulous of his mission, stamp his character as singularly noble and unselfish. The Prophet [pbuh] did his best to persuade his octogenarian uncle to make profession of the true faith, but he remained obdurate and stuck to the paganism of his forefathers, and thus could not achieve complete success. Al-‘Abbas bin ‘Abdul-Muttalib narrated that he said to the Prophet [pbuh] "You have not been of any avail to your uncle (Abu Talib) (though) by Allâh, he used to protect you and get angry on your behalf." The Prophet [pbuh] said: "He is in a shallow fire, and had it not been for me, he would have been at the bottom of the (Hell) Fire." [Bukhari]

Abu Sa‘id Al-Khudri narrated that he heard the Prophet [pbuh] say, when the mention of his uncle was made, "I hope that my intercession may avail him, and he be placed in a shallow fire that rises up only to his heels." [Bukhari]