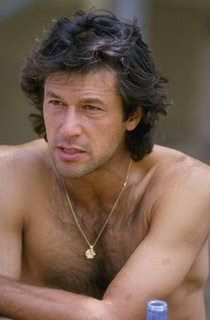 
RECENT HISTORY THROUGH DAILY DAWN
Pakistan Tehrik-i-Insaaf chief Imran Khan has hailed the SC verdict on the Oct 12 change and said that it will provide the present government with an element of legitimacy. Mr Khan said the government should start the implementation of the seven-point agenda. He said it should give priority to the accountability process. It should declare casting of vote mandatory for every voter and undertake other needed electoral reforms to discourage the election of corrupt elements for parliamentary slots. He said the government should also set a limit for election expenditure.
In a Press statement issued on Friday, he said after the announcement of the SC verdict the government would no longer be able to give lame excuses to the people who were waiting for positive results. He said the government should have got a vote of public confidence directly through a referendum soon after the takeover. But now the regime should fulfil its promises without any delay and work in accordance with public expectations as it has been provided a period of three years for this purpose by the Supreme Court of Pakistan. Reference: PML accepts SC verdict: Shujaat Reporter
13 May 2000 http://www.lib.virginia.edu/area-studies/SouthAsia/SAserials/Dawn/2000/may13.html#pmla

On PCO Judiciary I will just quote Daily Newspapers. One of the wonders of Internet is this that the History can no more be kept hidden.

By Our Staff Reporter

ISLAMABAD, May 7: President Pervez Musharraf on Saturday appointed Justice Iftikhar Mohammad Chaudhry, the senior most judge of the Supreme Court, as the next chief justice. He will assume the office on June 30 after retirement of the incumbent Chief Justice, Justice Nazim Hussain Siddiqui, on June 29. “The notification has ended speculations of appointment of a junior judge as chief justice in violation of the seniority principle settled under the 1996 Judges case,” commented a senior Supreme Court lawyer on condition of anonymity.

PAKISTAN: International Commission of Jurists http://www.icj.org/IMG/pdf/pakistan.pdf
The independence of the judiciary was largely undermined by the order by General Musharraf in January 2000 that Pakistani judges take a fresh oath of loyalty to his administration. In May 2000, the Supreme Court, reconstituted after the dismissal of six judges who refused the oath, upheld General Musharraf’s military coup of 1999, under the doctrine of state necessity. Pakistan is a constitutional republic. On 15 October 1999, the Government promulgated the Provisional Constitution Order, (PCO), No.1 of 1999, overriding the 1973 Constitution of the Islamic Republic of Pakistan, previously suspended following the 12 October 1999 military coup led by General Pervez Musharraf. The PCO provided for the suspension of the National Assembly, the Provincial Assemblies and the Senate and mandated General Musharraf to serve as the new Chief Executive.

On 20 June 2001, General Musharraf became President of Pakistan after dismissing the incumbent President, Muhammad Rafiq Tarar. On 12 May 2000, the Supreme Court validated the October 1999 coup under the doctrine of state necessity. However, the Court ordered that the Government hold national and provincial elections by 12 October 2002. In response, President Musharraf presented a four-phase programme aimed at returning the country to democratic rule, with local elections to be held from December 2000 until August 2001. Subsequently, a series of local elections were held in December 2000, March 2001, May 2001 and July-August 2001. However, political parties were prohibited from participating in the contests and party leaders were disqualified from holding political office.
Posted by Aamir Mughal at 7:12 AM