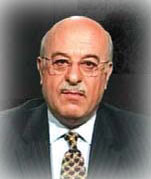 The ‘unpopularity’ of Benazir By Kamran Shafi

WE have to ask this week that if General (retired) Musharraf is right that Benazir Bhutto was ‘Very Unpopular’ with the army, why it was so. Was it because she was Zulfikar Ali Bhutto’s daughter, ZAB himself being so unpopular with the army that an army dictator actually leaned on the Supreme Court, no less, to have him hanged?

For we do have Justice Naseem Hassan Shah’s (Shah was one of the judges on the Supreme Court’s hanging bench) televised testimony that Bhutto was hanged because Zia wanted him hanged.

Might we ask then, just why ZAB was unpopular in the army? Could it have been because he negotiated the release of 90-some thousand POWs from Indian captivity, most of them army (oh, alright, a few of them from the other services)? Or was it because his legendary diplomatic skills got 350 (if memory serves) soldiers of all ranks, some very senior officers, off the hook of war crimes trials?

Was it, indeed, because India agreed to vacate 5,000 square miles of Pakistani territory in the Sialkot sector that it occupied during the skirmishing that took place on Pakistan’s western front in 1971 without any quid pro quo from Pakistan’s side? Why, sirs, did the army hate Bhutto, and why was Benazir (RIP) ‘Very Unpopular’ with the army?

Did the army hate Bhutto because he laid the foundations of most of the large defence industrial projects such as the Heavy Mechanical Complex and the Heavy Industries at Taxila of which the Heavy Rebuild Factory is a part? The HRF rebuilt the T-59 tank, the mainstay of the tank corps; and now also manufactures the Al Khalid tank that the army brass slobber over and trot out at the IDEAS Defence Expo in Karachi every year.

Was Bhutto hated because he set up the Pakistan Aeronautical Complex which today is manufacturing the JF-17 Thunder fighter jet and several types of training and surveillance aircraft in addition to overhauling all types of fighter aircraft including the F-16 and the F-6 fighter jets? Or did it hate him because he updated the Pakistan Ordnance Factories at Wah and other locations, increasing its capacity
manifold?

Or was it against Bhutto because he started the country’s nuclear programme which today boasts not one but several nuclear devices without which no Pakistani general, no matter how much of a commando he might be, would dare to finger India with a foolishness such as Kargil?

Neither would our security establishment, such as it is, have dared to bleed India in Kashmir in the absence of the deterrence of our ‘bums’.

Why, Bhutto even issued an ordinance as president under which anyone speaking ill of the army re: the East Pakistan debacle would be liable to long imprisonment. I myself remember picking a fight with fellow passengers travelling in a wagon between Rawalpindi and Lahore when I was a young major and telling them I would hand them over to the police in Kharian if they did not stop bad-mouthing the army! Is that why the army hated Bhutto, and by extension his daughter, because he did everything to give back to the army the honour and good name it had left in tatters in East Pakistan?

Let’s take the daughter specifically. Did the army (oh alright, the armed forces) hate her because her two governments got the country the Agosta submarines, F-16 fighter jets and missile technology? That same missile technology over which the brass hats gloat too? Why only the other day the Shaheen I (Hatf IV) was successfully test-fired with much mutual backslapping and admiration doing the rounds at the site.

Why in God’s name was Benazir Bhutto “Very Unpopular” in the army, please sirs? Because she tried so hard to defuse the useless stand-off between India and Pakistan on Siachen during which many hundreds of young men, both Pakistani and Indian, have died agonising, terrible deaths at altitudes not even meant for man? And which was/is costing both countries billions which could have been spent on the welfare of their poor citizens?

She and India’s young prime minister, Rajiv Gandhi; almost succeeded too; if only the hard right in both countries had let them.

An aside: I remember a cartoon the now departed and deeply missed Vai Ell (Yusuf Lodhi) made for Rajiv Gandhi and which I as PIO of the government at the time, handed to him at his Islamabad airport departure ceremonies along with the customary album of his tour’s memorable photographs.

The cartoon was rolled up and tied with a ribbon and as I was handing it to Mr Gandhi, Ms Bhutto asked me to open it and show it to her. It had the two in the foreground saying words to the effect, “There is nothing we cannot achieve so long as we have the will!”

In the background were a Hindu priest and a mullah whispering to one another as if conniving. I will never forget the beautiful smiles that broke out on both prime ministers’ faces, a sight so moving that it brings tears to my eyes even today, 20 years later.

Is this why the army hated Benazir, sirs? But why, when General (retired) Musharraf himself opened up to India and took more somersaults in one year than all the political and elected leaders put together took in 30?

General (retired) Musharraf has said what he has said. He is welcome to his own opinions, but should he speak for the army, indeed for the armed forces? Certainly
not.

The ISPR should immediately issue a statement that he was not authorised to speak on behalf of the army because he is no longer the officer in charge of it. And that in any case the army is apolitical.

This is critical for two reasons: one, that Musharraf’s statement clearly means that the army is a politicised organisation with its favourite political parties and those it cannot abide. And two that it, simply, cannot abide the People’s Party. The second is a more dangerous signal to send out: if the People’s Party wins a majority in the elections is Musharraf saying the army will move against it?

Meanwhile, back at the ranch, the chickens are coming home to roost. Not only are the once-loyal tribes rampant against the unity of the country, they are taking over critical arteries the loss of which could spell the death of the country. Only a few days ago, the Kohat tunnel was wrested from the rebels by the army. What will be next? The Attock bridge? The DI Khan–Bhakkar bridge?

And the commando plays bridge with his buddies and dines with the Private Banker in the salubrious climes of London Town. Hopefully, he will spare a thought for his countrymen back home who are running from pillar to post looking for too expensive atta.