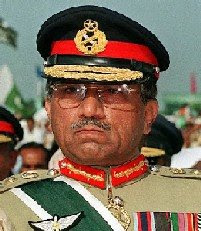 Even Musharraf is correct on this so-called Snow White Ex-Servicemen Society. One of the Filthy and Obnoxious character in this society and his filthy past is as under:

Lt General Retd. Faiz Ali Chishti who now has become Born Again Democrat and that too after 30 years after taking part in Late. Zoulfiqar Ali Bhutto's Judicial Murder with the help of USA-General Zia-Henry Kissinger-and last but not the least the Jamat-e-Islami. He has no shame even in his old age while lecturing Pakistanis about democracy and fairplay. 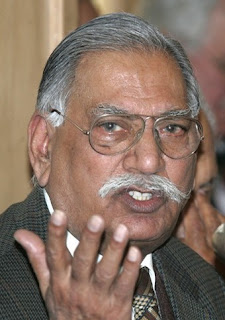 Lets have a look at Chishti's Dirty Past: 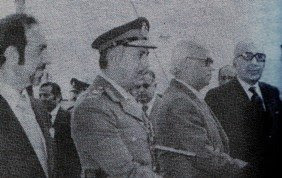 A trusted Lt-General Faiz Ali Chishti (the one who carried out the "Operation Fair Play" the night of July 5, 1977).

"Murshid [God Father] do not get me killed !" (Zia Ul Haq speaking to Lt.Gen Faiz Ali Chishti upon the authorization of Operation Fairplay in which the Bhutto govt. would be overthrown quoted from Betrayals of Another Kind) 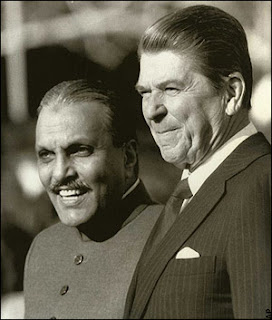 " What is a constitution? It is a booklet with twelve or ten pages. I can tear them away and say that tomorrow we shall live under a different system. Today, the people will folow wherever I lead .All the politicians including the once mighty Mr.Bhutto will follow me with tails wagging " (Zia Ul Haq speaking to Iranian Newspaper in September 1977) [1]
"QUOTE"

Following negotiations between the PPP government [1972-1977] and PNA, both the parties reached to an agreement in the late hours of 4th July 1977. This was against the desire and wishes of army Chief General Zia who wanted to take over and impose martial law. “One day, when (Zulfikar Ali Bhutto) returned from the office, on the dinner, he looked agitated,” . “He said that General Sharif [Chairman of JCSC] had just come to meet him and had alerted him that General Zia ul Haq was up to no good, and might be planning some kind of coup.” When ZAB inquired from his ISI chief, he showed his ignorance and attributed the warning to his ill will towards General Zia; because General Sharif was not made the army chief.
But, the ISI chief was wrong. General Zia had fully prepared his plan for removal of the elected government of Zulfikar Ali Bhutto. The General had already sent his family out of the country. Lieutenant General Faiz Ali Chishti, the Corp Commander of 10th Corp, the area covering the federal capital later wrote in his book:
“When Gen. Zia ordered me to take over and execute the ‘Operation Fair-play,’ he may well have feared for the security of his family in the event of an abortive coup. In any event, Gen. Zia’s family was not in Pakistan on July 4/5. He had shifted his family to UK during negotiations, under the plea of his daughter’s operation. Two sons and three daughters along with his wife were all abroad.”
Not only this, the General had also prepared very well to flee from the country, in case of any such eventuality. General Chishti narrates an interesting tale: “On the night of the coup, my Corps Intelligence Chief told me that there was one ‘Puma’ helicopter ready to take off at short notice from Dhamial. It could have been for the PM or for Gen. Zia.
But it was unlikely to have been for the PM because he did not know what was happening, and secondly he would not leave his family behind. In any case he had nothing at stake. It could have been for Gen. Zia, because he had everything at stake. What would happen to him if Operation Fair-play had failed? I recollected his last sentence to me after giving orders. ‘Murshid, do not get me killed.’ So I ordered my Intelligence Chief to keep an eye on the helicopter and not let it take off. It did not matter who the passenger was going to be.”
The ambitious army chief had not taken into confidence most of his senior colleagues. The senior army command, unaware of such development, was called at an odd hour, 11.00 O’ clock in the night on 4th July for a meeting with the army chief at the General Headquarters. “When the invitees inquired about agenda for discussion, Brigadier Khalid Latif Butt, Personal Secretary to General Zia, had a stock reply: ‘No preparatory work is needed for the meeting,’ wrote General Zia’s most confidant colleague, his Chief of Staff, General KM Arif. 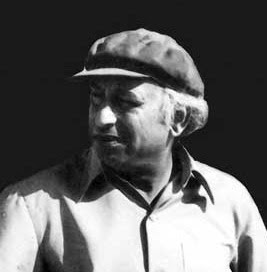 A little after midnight, the army contingents took over the important installations including Zulfikar Ali Bhutto’s official residence, where he was sleeping along with his family, unaware of any eventuality. He did not resist the coup and saved his family and him from perhaps immediate execution as had happened in breakaway Bangladesh few years back.

Group Captain (Retd) ATHAR HASSAN ANSARI reviews the book written by ROEDAD KHAN, a consummate bureaucrat for being in the eye of the storm [1]

Even more Filthy Characters in above mentioned Pakistan Ex-Servicemen Society: 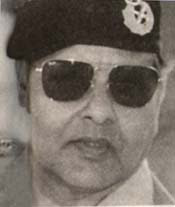 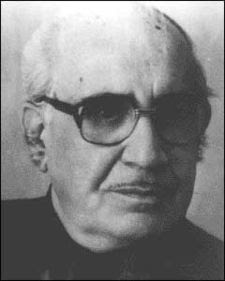 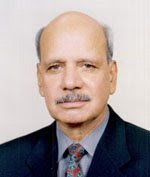 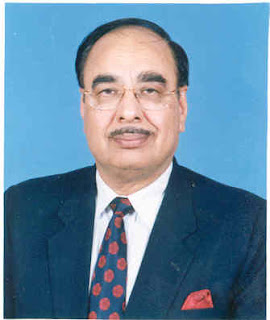 Nothing, with regard to the dubious activities of our so-called agencies has changed since 1994 and I now relate a story of those days. The ISI is, right now, at its old games, spending our money and 'fixing' our future, particularly in the province of Sindh where its interference and placements bode ill. In September of 1994 Kamran Khan of The News and The Washington Post came calling. He told me how earlier that year he had asked for an appointment with the then leader of the opposition, Nawaz Sharif, to interview him on his relationship with the army and the security services whilst he was prime minister. He was asked to go to Lahore and meet the Mian.

When on May 16 Kamran arrived at Nawaz's Model Town house, there was an army of men equipped with bulldozers demolishing the security fences and structures Nawaz had built on adjoining land, not his to build upon (akin to those built around Karachi's Bilawal House). The breakers had been on the job since dawn. Kamran found Nawaz angry but composed. He was amply plied and refreshed with 'badaam-doodh' and Nawaz, his information wizard Mushahid Hussain and he settled down to talk and continued to do so until late afternoon when Kamran left to fly back to Karachi.

Nawaz opened up by congratulating Kamran on his Mehrangate exposures which had recently appeared in the press, asking how the inquiry was progressing, and giving his own views. They exchanged information, each believing the other was being informed. They talked about how COAS Aslam Beg (sporter of shades in the shade) managed to get Rs 14 crore (140 million) from Yunis Habib, then of Habib Bank. This was deposited in the 'Survey Section 202' account of Military Intelligence (then headed by Major-General Javed Ashraf Kazi). From there Rs 6 crore was paid to President Ghulam Ishaq Khan's election cellmates (General Rafaqat, Roedad Khan, Ijlal Hyder Zaidi, etc.), and Rs 8 crore transferred to the ISI account. After lunch, Nawaz brought up the subject of how Aslam Beg early in 1991 had sought a meeting with him (then prime minister) to which he brought Major-General Asad Durrani, chief of the ISI. They told him that funds for vital on-going covert operations (not identified by Nawaz) were drying up, how they had a foolproof plan to generate money by dealing in drugs. They asked for his permission to associate themselves with the drug trade, assuring him of full secrecy and no chance of any trail leading back to them.

URL: http://www.youtube.com/watch?v=cVl2w1vb7mY&feature=related
Nawaz remarked that on hearing this he felt the roof had caved in on him. He told them he could have nothing to do with such a plan and refused to give his approval. The Washington Post had just broken Kamran's story and when I asked why it had not broken earlier, he told me how they check and recheck, and that in the meantime, he had been busy with the Mehrangate affair on which, between May and August, he had filed seven stories. We must again ask: was Nawaz capable of saying what he did? Yes. Did Kamran invent the whole thing? Not likely. Is The Washington Post a responsible paper with credibility? Yes. Everybody who is anyone in Washington reads it over breakfast. Has it ever made mistakes? Yes.
Posted by Aamir Mughal at 12:12 PM