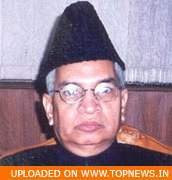 Who can alter Basic Law? By Justice (retd) Rana Bhagwandas

WITHOUT even entering into the controversy of the legality or justification of the Proclamation of Emergency on Nov 3, 2007, and the PCO, the legal effect of its revocation on Dec 15, 2007, and the repeal of the PCO need to be clearly examined.

One may recall here the two earlier occasions when extra-constitutional measures were taken by the armed forces which held the Constitution in abeyance and the Supreme Court took steps to give them conditional validity. In fact, the seven-judge bench including the Chief Justice appointed under the PCO held in its order of Nov 23, 2007, that the situation prevailing on Nov 3, 2007, was similar to the one existing on July 5, 1977, and Oct 12, 1999.

The order relied on the precedents of Begum Nusrat Bhutto v. Chief of Army Staff, and Zafar Ali Shah v. Pervez Musharraf, while validating the instruments issued on Nov 3, 2007.

In Nusrat Bhutto’s case, the court had held that the Constitution still remained the supreme law of the land and proceeded to validate the military take-over describing it as an extra-constitutional deviation for a limited period. It held that during this period the CMLA was entitled to perform all acts which could have been done under the Constitution, including the power to amend it for the good of the people.

Indeed, several amendments in the Constitution were introduced by Gen Ziaul Haq in his eight-year martial law, most of them through the Revival of Constitution Order (RCO) — PO XIV of 1985, promulgated on March 2, 1985.

This Order in its schedule carried all the ‘amended’ provisions ordained by the general and also proposed a new Article 270-A purporting to validate all legislative and executive measures taken by the martial law regime. However, soon enough it was realised that the limited authority conferred by the Supreme Court did not enable one individual to make permanent changes in the supreme law of the country.

Therefore, all the amendments introduced were duly placed, deliberated upon and adopted with modifications by the Constitution-amending body, that is, the newly elected parliament. Each House passed the Constitution (Eighth Amendment) Act by two-third majority on Nov 23, 1985. Article 270-A as contained in the Act expressly ‘adopted and affirmed’ all constitutional amendments including the RCO itself.

It is only on account of adoption of the amendments by the Constitution-amending body that the Supreme Court found it possible to uphold them in Mahmood Achakzai’s
case.

In Zafar Ali Shah’s case, a military take-over was similarly validated on the basis of the doctrine of state necessity. A timeframe for reverting to a constitutional government was prescribed and the chief executive was likewise given limited authority to amend the Constitution. General Musharraf also made some amendments through the Legal Framework Order 2002 (LFO) introduced in Aug 2002 before holding general elections.

This time a crude attempt was made by some of his advisers to let the ‘one-man amendments’ be treated as a fait accompli by circulating altered copies of the Constitution to newly elected members. Nevertheless, right at the time of taking oath some members not supporting the King’s party refused to accept any Constitution that did not exist on Oct 12, 1999.

The deadlock was finally resolved through negotiations and has been recorded in book form by a PML-Q senator and senior advocate S.M. Zafar. All the amendments purportedly introduced through the LFO were placed before the two Houses of parliament and approved through the Constitution (Seventeenth Amendment) Act on Dec 31, 2003. Article 270-AA adopted and affirmed the PCO.

The position that emerges is quite clear. In the cases of Nusrat Bhutto and Zafar Ali Shah as well as in the recent decision, the consistent view of the Supreme Court has been that the Constitution is a supreme law and some deviation has been found permissible on grounds of state necessity.

In the precedent cases, the scope of the powers available to the CMLA/chief executive during the period of such deviation was discussed. The Laws (Continuance in Force) Order and the Provisional Constitution Order issued on both earlier occasions provided that the country would be governed as nearly as may be in accordance with the Constitution.

It was in this context that limited power to amend the Constitution during governance in the deviation period was conceded to a particular individual. It may be appropriate to quote the following pre-requisites laid down by Irshad Hassan Khan CJ for the invocation of the doctrine of necessity in Zafar Ali Shah’s case:

“The court is hereby faced with an extra-constitutional situation and (in view) all the elements, namely, inevitable necessity, exceptional circumstances, no other remedy to apply, measure taken must be proportionate to the necessity and it must be of temporary character, limited in duration to the exceptional circumstances … the Constitution provided no solution to meet the extraordinary situation prevailing on Oct 12, 1999.”

The Constitution is a sacred covenant amongst the people of the country requiring a strict mode of alteration. It can be amended only by a two-third majority of the total membership of each House of parliament, one elected on population basis and the other granting equal representation to federating units. On no pretext could a permanent change in the Constitution be countenanced either at the behest of the president or a court.

It is, therefore, evident that the power to amend the Constitution referred to in the cases of Nusrat Bhutto and Zafar Ali Shah was only meant to extend to the period of constitutional deviation and the amendments introduced would only have effect up to such period alone.

It would otherwise be ridiculous to assume that though the chief of army staff issued a Proclamation of Emergency to deal with a particular situation, he can completely deface the Constitution and then revoke the Proclamation within a couple of days after imposing a new basic law.

THE mere inclusion of Articles 270-A and 270-AA in the body of the Constitution unequivocally demonstrates that the president’s power to amend the Constitution could be exercised and have effect only during the period of constitutional deviation.

This was conceded by the Supreme Court in the case of the military takeovers by Ziaul Haq and Pervez Musharraf.

Obviously, once the constitutional government stood restored, all legislative power, including the power to amend the Constitution, exercised by the CMLA/chief executive came to an end. Nevertheless, the amendments in the Constitution could not be allowed to continue of their own force and it is precisely for this reason that the above articles were incorporated in the Constitution.

If the power to make amendments in the Constitution had been made available to any individual by the Supreme Court on a permanent basis they would have had no need to insert the above articles in the body of the Constitution. It is a universally recognised principle that no constitutional provision can be treated as redundant.

Even in the Order dated Nov 23, 2007, it was categorically held that the Constitution remained the supreme law of the land. Albeit some parts thereof — para 4 (1 ) — stated that “the old legal order has not been completely suppressed but it is a case of constitutional deviation for a limited transitional period and the judges of superior courts are subject to accountability before the Supreme Judicial Council in accordance with the procedure laid down in Article 209 of the Constitution”.

Against this backdrop, the observation that those who have not taken the oath have ceased to hold their respective offices and therefore their cases were hit by the doctrine of past and closed transaction could only speak of a bar to their reopening during the subsistence of the period of deviation and no more.

An attempt no doubt has been made to ‘validate’ the amendments made during the period of deviation by insertion of Article 270AAA through the constitutional amendment issued on Nov 21, 2007. It is, however, incomprehensible how a person taking an invalid measure could validate his own act. Keeping in view past history, such a provision could only be made by the Constitution-making body itself.

At the same time, it needs to be kept in view that in Zafar Ali Shah’s case as reviewed by the Supreme Court in the Wasim Sajjad v. Federation of Pakistan, it was held that any constitutional provision stipulating the removal of judges without recourse to the Supreme Judicial Council would impair the independence of the judiciary, negate the basic spirit of the Constitution and would be beyond the Constitution-amending powers of parliament. A view contrary to the above, held by an 11-member bench, has not been taken by a larger bench of the court so far.

The argument that the constitutional amendments made by the president have become effective and do not require any validation is ex facie fallacious. It is yet another crude and senseless attempt to revive a controversy which is both legally and politically dead. On the contrary, upon the revival of the Constitution all amendments made since Nov 3, 2007, ceased to have legal effect and all orders which could not withstand the test of constitutionality became inoperative. Only the executive will to enforce the supremacy of the Constitution is required.

Even the caretaker government could advise the president to do so, though it might not, for its own reasons. However, the constitutional crisis would remain unresolved from the standpoint of any political government unless an independent judiciary in accordance with the parameters laid down by the Supreme Court in the Al Jihad case (PLD 1996 SC 324) and Asad Ali’s case (PLD 1998 SC 161) is duly installed.

Under the PCO, 13 out of 18 judges of the Supreme Court including the Chief Justice were removed and replaced by handpicked individuals. Restoration of an independent judiciary, therefore, must be a prime issue for the functioning of any parliamentary democracy worth the name.

The Order dated Nov 23, 2007, validating the Proclamation of Emergency and PCO, was passed by seven individuals each one of whom was a beneficiary of the latter, that is, one was appointed as Chief Justice and six as judges of the Supreme Court under the said instrument. Incidentally, while three of the four other judges of the Supreme Court who had taken the new oath were initially included in the bench they subsequently declined to participate.

The collective wisdom displayed in one’s own cause might be rare in judicial history and yet their lordships did not consider it proper even to issue notices to judges whose cases were declared “past and closed transaction which could not be reopened”.Again, they categorically held that judges of the superior courts were accountable before the Supreme Judicial Council and could only be removed through the procedure laid down in Article 209 of the Constitution. Yet they sought to validate the removal of their colleagues in defiance of the mandate of the Constitution, the binding precedents of the court and their own judgment.