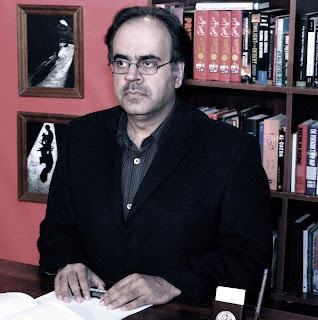 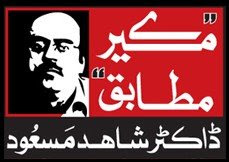 HOW USA BACKED GENERAL MUSHARRAF IS CONTROLLING THE MEDIA:
Through amendment in Section 30 of the Pemra Ordinance, the bill seeks to give discretionary powers to the authority to vary licence conditions and suspend or revoke the licence. It calls for abolition of a three-member committee that is to be constituted, under the present law, by the federal government under the chairmanship of a retired judge of the high court or the Supreme Court. The committee is empowered to render its opinion as to whether or not a licensee has contravened any of the provisions of the Pemra Ordinance. The committee's other members include one representative each from the licensee and the authority. The bill seeks deletion of the committee-related provision.

The bill has further expanded Section 29 through addition of Section 29(A) which has enhanced the recovery powers of Pemra. The bill seeks recovery of arrears and penalties from licensees as arrears of land revenue. The amendment bill has also enhanced the amount of fine which may be imposed by the authority from Rs1-2 million. Suggesting addition of clause (b) to Section 27 of the ordinance, the bill presumes the possibility of what it says abuse of media power, which it does not define. The clause authorises the authority to prohibit any broadcaster from engaging in any practice or act which amounts to abuse of media power by way of harming the legitimate interests of another licensee or wilfully causing damage to any other persons. In a move to oust the jurisdiction of the superior courts, the amendment bill has sought to restrict the licensee's right to pre-empt a negative order from the authority by adding to the same clause a provision that allows him/her to go to high court only (reducing forums of appeal) within thirty days of an order of the authority and not a show cause or other notices. The present laws leave a room for pre-empting a negative order and seeking a stay against it by the high court. But the amendment seeks to restrict the licensee from moving the high court before an order of the authority. It is also not explained if the order of the authority will not be implemented within 30 days of its passage to allow the licensee to move the court and stay its enforcement lest it is enforced first and then challenged in the court. According to the proposed amendments, the authorized Pemra officials are being empowered to inspect the premises of the radio/TV stations.

Regarding enforcement powers, the amendments tabled in the National Assembly seek to require the federal, provincial and district governments to assist the authority in discharge of its functions. This, according to Matiullah Jan of the Internews, means the police have been empowered to take action on a report from an authorized Pemra official. Similarly, the bill also allows the Pemra officials along with the police to get a search warrant from the court (The court hasn't been defined) and raid any premises which is suspected of housing an illegal broadcasting station. A crucial change being proposed in Section 21 of the ordinance is the proposed deletion of its clause (3) wherein the authority is under obligation to expedite the licensing and operation of private radio and TV stations with the objective of facilitating freedom of expression on the airwaves. The present law also requires the authority to ensure that no unreasonable delay occurs in processing the applications on the grounds that the federal or provincial governments require an unspecified time to complete their procedures. This whole clause (3) is being proposed to be deleted in the amendment bill.

According to the report, the public interest argument is also being used to enhance the authority's powers to provide exemptions from any provisions of the ordinance to anyone.
Section 32 of the present law requires the authority that such exemptions shall be made in conformity with the principles of equality and equity as enshrined in the Constitution. But the amendment bill seeks to do away with this restriction which is rooted in the Constitution. The bill also suggests that the authority should be empowered to appoint members of the Council of Complaints as against the federal government's power at present. However, it states that the federal government should approve such appointment. The bill also seeks powers for the council to summon a licensee to explain his position on a complaint. The bill proposes amendment in Section 6 of the ordinance wherein it seeks payment of authority-specified fee and expenses to the ex-officio members of the authority as well just like other members. They were not entitled to such payments earlier. The ex-officio members are secretary ministry of information, secretary Interior Division and chairman Pakistan Telecommunication Authority. {5}
CONTROL IN TIMES OF FREEDOM:

The Pakistan Electronic Media Regulatory Authority (PEMRA) was set up to regulate the airwaves and issue private broadcast licences for radio and television. In the intervening two years, close to 100 FM radio and 25 satellite TV licences have been issued, transforming the country's media scene drastically. While all this looks good as the new media outlets, especially television, begin to provide news and information to a starved Pakistani public, it is increasingly becoming apparent that the authorities are not letting the potential of these independent sources of information to develop fully. The government still issues threats against the media, and keeps pressurising them to not become 'too independent'. Journalists are harassed and media outlets, especially the new radio licencees, are actively discouraged from broadcasting 'national' news. The refusal of the authorities to put an end to the era of influencing news flow is a worrying sign that does not seem to be abating even as the private media presence grows. There are signs that even as unprecedented media freedoms come into effect in Pakistan, a counter media establishment is taking shape that is nullifying the gains. Even though dozens of private TV channels and radio stations have been licensed to operate in the last two years, their outreach to viewership and listenership is severely restricted through laws and mechanisms that hinder the development of an enabling environment.

For instance, while state-owned TV and radio have universal audience outreach (150 million people!), the private broadcasters don't. This is because private TV channels are satellite (expensively beamed in from abroad), not terrestrial (cheap national transmission). The reason is clear: the government does not want to share its massive captive audience with competitors. This intentional bias is killing the spirit of media freedoms. One major reason why civil society in Pakistan is weak is because the state-owned media with its massive outreach does not promote it and private media which does is limited in impact because of restricted access. Making matters worse is the recent toughening up of media laws dealing with speech that have drastically raised the punishment for defamation, encouraging self-censorship. A separate new law makes criticism of the judiciary even more difficult. Then the Ministry of Information has been assuming a greater role in discouraging the private media from reporting on issues such as politics, terrorism, current affairs, etc. The biggest challenge in the media sector in Pakistan remains in the absence of universal broadcast access to private media, which is currently severely restricted. There is no terrestrial TV in the private sector. Either the satellite TV stations should be awarded the right of terrestrial broadcasts or the state-owned PTV and PBC need to be brought under the ambit of PEMRA, which they currently are not. A level playing field for the media players in Pakistan does not currently exist. Currently the private TV channels have to operate as offshore channels, beaming in through satellite and are available through an intervening distribution system thereby severely restricting access. The private channels cannot be beamed terrestrially from within Pakistan, thereby being victims of double jeopardy as they have to incur heavy operational expenses. By not letting all Pakistani citizens have access to local private television media as freely as they can access PTV, the government is guilty of denying them the complete right to freedom of information promised them under Article 19 of the constitution. A rigorous and diverse mass media is an essential component of a democratic society. If Pakistan is to have a more participatory, representative and accountable democracy, the country's nascent independent electronic media sector must be aggressively supported. In a country of 150 million people, where the functional literacy rate is a dismal 30 per cent, the power of independent television and radio to educate and inform cannot be overstated. Too much governance has been Pakistan's perennial problem. But controlling the airwaves in the information age is taking things too far by even local standards. This last link to freedom should be unpoliced. {5}
NOTES:

http://www.commondreams.org/views03/0518-01.htm
Instant-Mix Imperial Democracy (Buy One, Get One Free), by Arundhati Roy {3}

http://www.internews.org/articles/2004/20041201_yahoo_afghan.htm
Conference argues journalists have role to play in conflicts Reporters urged to initiate dialogue, mediation Speakers focus on how to define conflict, how parties can best communicate By Nada Bakri Special to The Daily Star Thursday, November 25, 2004 {5}.
http://www.internews.org/articles/2004/20041125_dailystar_alam.htm

The Post-Colonial State From Potato Sack to Potato Mash: The Contemporary Crisis of the Third World [Arab Studies Quarterly, Summer 1980]

The Neo-Fascist State: Notes on the Pathology of Power in the Third World [Arab Studies Quarterly, Spring 1981]
http://www.bitsonline.net/eqbal/articles_by_eqbal.asp?id=1
Afghanistan

NOTE: This article is a review of:
Eqbal Ahmad: Confronting Empire
Interviews with David Barsamian Introduction by Edward W. Said

Taliban in Texas: Big Oil hankers for old pals by Pepe Escobar May 18, 2004

The world doesn't have to choose between the Taliban and the US government. All the beauty of the world—literature, music, art—lies between these two fundamentalist poles.