Lets assume its correct then you like to define the War on Terror which is being founght by Pakistan since the days of that Lowly Grunt Musharraf for some coins. Above there are at least 70 Tribal Chief in Baluchistan and majority of them were with General Musharraf's Marital Law Regime and only three were opposing: 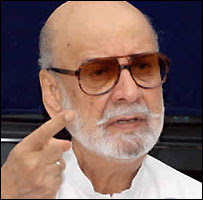 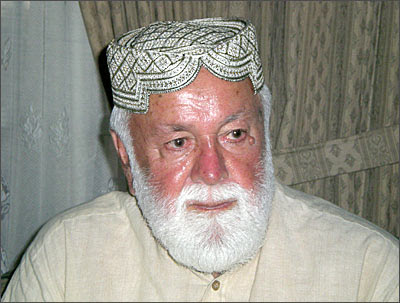 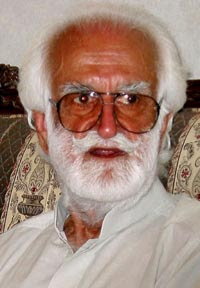 Buffoon like Scholars who appear on TV Channels and their hateful analysis and articles in Newspapers had pushed Bengalis to the wall and your stupid comment will ignite hate and not Extenguish the fire of Hate. I wonder have you ever been to Dera Bugti, Qallat, Sui, Naal, Wadh, Punjgoor, Jhat Pat, Temple Dera, Sibbi or even near Hub to know as to how miserable the life of a common Baloch Labour is [I dont mean that rivers of Milk and Honey are flowing in Punjab] but please read some history before condemning the entire community, haven't you had enough. Do you define Baluch Community by just watching a TV Drama e.g. Dasht or would you define them by going deep into details. 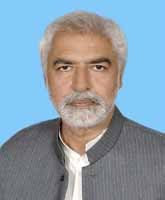 Read to learn more...Bugti wanted to resume talks and he was more then ready to Trust Captain [Retd] Ayaz Amir [Dawn and The News Columnist and PML-MNA] but that Lowly Grunt General Musharraf was too happy with the trigger and results are before us. 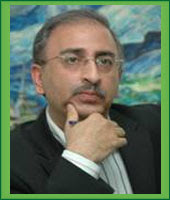 Foreign hand in Balochistan? Dr Farrukh Saleem [The writer is an Islamabad-based Freelance columnist] Article appeared in The News International on 08-01-2006.

India on the east, China in the north and Iran and Afghanistan on the west. Which foreign hand has an interest in destabilising Balochistan? Is Iran arming Baloch insurgents? Here are a few facts: Sistan va Baluchestan, with an area of 187,502 kilometres, is the third largest province in Iran. Sistan va Baluchestan has a population of nearly two million and occupies 11.4 per cent of Iranian territory. Will Iran prop up Baloch nationalism in Pakistan at the risk of encouraging nationalist fervour in Iranian Balochistan? As a matter of record, the Iranian Air Force actually helped us quell the 'rebellion' during the 70s (by loaning us their helicopters).


Furthermore, Iran now has an economic interest in the stability of Pakistan's Balochistan or her dream of selling hundreds of millions of dollars worth of natural gas will evaporate in thin air.

Is Afghanistan arming Baloch insurgents? Here are a few facts: Lt General David Barno is the top commander of American forces in Afghanistan. The US has the Bagram Air Base (Parvan, Charikar), Kandahar Air Base, Khost Airbase (Paktia) and Mazar-e-Sharif Airbase. There is a large contingent of US National Guard soldiers embedded with Afghan units, and Lt General David Barno is training a 70,000 strong Afghan government force. Can the state of Afghanistan arm Baloch separatists without the explicit authorisation of Lt General David Barno? Then there is Hamid Karzai, so deeply engulfed in troubles of his own neither interested nor capable of arming Baloch insurgents.

Is America arming Baloch insurgents? Right now, a stable Pakistan is in America's best strategic interest. Bush needs Musharraf to be focused on Bush's 'war on terror' rather than a powerful distraction elsewhere. And, if Uncle Sam wanted Baloch insurgents to win there is little we can do anyway.

Is al-Qaeda arming Baloch insurgents? Baloch nationalists are secular al-Qaeda is not; the two have very different agendas and goals.

Is China arming Baloch insurgents? Here are a few facts: The total cost of the Gwadar Port Project is estimated at $1.6 billion. In the first phase, China has put in $198 million and Pakistan $50 million. Additionally, China is investing $200 million toward the building of a coastal highway. Gwadar is China's strategic foothold in the Arabian Sea. An instable Balochistan is not in China's interest.

There is little doubt that arms are flowing into Pakistan's Balochistan both through Iran and Afghanistan. That, however, in no way means that the states of Iran or Afghanistan are directly involved. Surely, the entire region has long been flooded with Kalashnikovs, heavy machine guns, rocket propelled grenades, landmines and mortars. Every kind of killing machine is available to anyone who is willing to pay the price, and then Pakistan's border with Afghanistan is a rugged 2,430 kilometres long, the one with Iran is 909 kilometres (even America has failed to block the supply of arms to Iraqi 'insurgents').

"We don't face any external threat," said General Musharraf (Agence France-Presse; December 12, 2003). To be certain, the real threat in Balochistan is from DDP; deprivation, discrimination and poverty. According to a recent estimate, "89 per cent of rural Balochistan is in high deprivation areas." Gas from Sui (Balochistan), for instance, is valued at Rs 47 per million BTU, Qadirpur (Sindh) at Rs145 per million BTU and from Ratana (Punjab) at Rs217 per million BTU.

Looking at poverty, the incidence of poverty in Balochistan is 50 per cent of the population, twice that of Punjab (the literacy rate of females in Balochistan is at 16 per cent, the lowest in Pakistan and worse than what it is in Ethiopia).

The very structure of the state of Pakistan is such that authority is extremely centralised, and the needs of large segments of Pakistani population outside the power structure are not responded to until they go violent. When Balochistan goes violent, gunship helicopters with automatic cannons are sent in. There is no military solution to deprivation, discrimination and poverty.