Welcome to a generous selection of articles from DAWN's Weekly Magazine. This page is updated every Sunday. http://www.dawn.com/weekly/dmag/dmag2.htm . This article appeared in 2006. 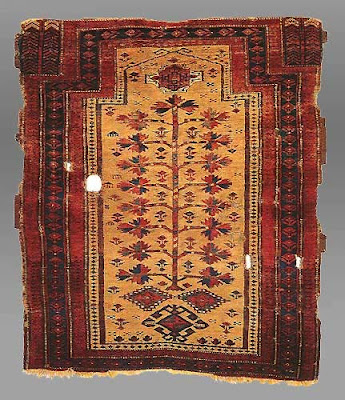 In the last few weeks, one has seen several acts of violence in Dera Bugti, Kohlu and some other areas of Balochistan. Armed skirmishes and bomb blasts have become the order of the day in the region. Repeating follies of the past, the establishment has resorted to brute force to control the situation. As a consequence, casualties are mounting on both sides with different implications. Hatred and vindictiveness is on the rise among the local people.

The establishment has labelled the ongoing violence and sabotage as a localized issue. According to various statements and follow-up actions, it is trying to portray skirmishes as foul acts of a group of miscreants in Dera Bugti and elsewhere. The ruling PML-Q has accused the leadership of the Jamhoori Watan Party (JWP) of fuelling trouble in order to increase routine extortion grant that is reportedly paid to Nawab Akbar Bugti and his clan for ensuring calm and maintaining order by keeping his men quiet. The Balochistan Liberation Army (BLA) was once painted as the ultimate evil as far as provincial affairs were concerned. All acts of sabotage were attributed to it. However, the BLA seems to have lost its way. The assumption that the establishment fabricates dummy monsters to suit its spot objectives seems to have considerable weight. Agitation and unrest have received assistance from various quarters. Uprisings and direct disruption actions continue to receive some support from the local population and fellow tribal chiefs at least in moral respects.

Whereas the establishment has not been fully able to prove that the trouble is localized, nationalists have also failed to own insurgency or to evolve a mass political campaign for their respective rights. The previous months have displayed an amazing scale of aloofness and discord among the various Baloch ranks. It is most surprising to find that the so-called like-minded Baloch nationalist and liberal groups have not made any worthwhile effort to display solidarity with their political comrades in Kohlu, Dera Bugti and Kharan. Most Baloch leaders have either accepted the prevailing fate of Nawab Akbar Khan Bugti as God’s will or consider it as an advantageous factor for their regional or local agendas. A less successful attempt was made by veteran politician Dr Abdul Haye Baloch who proclaimed that the ongoing crisis may defuse petty differences among the nationalists and shall give rise to a lasting consensus usually achieved during war-like situations. So far, this has not been forthcoming.

The different acts of sabotage appear to be actions and reactions within the context of the ongoing political relationship between the establishment and Bugti chieftains. Ever since natural gas was discovered in Sui and surrounding fields, the Sardars made it clear to the establishment that they needed their share. By fanning unrest and killing staff members of the Pakistan Petroleum Ltd and other national agencies in the ‘50s and afterwards, a nuisance value was established which enhanced the bargaining position of the Sardars. Due to the peculiar geo-political status, the establishment found it appropriate to involve the Sardars in clandestine agreements for the development of gas fields. The Sardars have been informally entrusted with the task of supporting peace in the area. Direct monetary benefits, jobs/employment for members of tribal clans concerned and the provision of multifarious hardware by the gas/petroleum companies, such as vehicles, were some of the direct benefits that accrued to the Sardars. It may not be out of place to mention that when the infamous military operation was launched by the Bhutto government in 1973, Nawab Bugti was considered an establishment loyalist rather than an insurgent. The pre-existing association with reference to gas fields and the stretched out perks emanating from the deal were too lucrative to be shed away for any support to the ongoing nationalist struggle by the great Nawab. Against this backdrop, it has become apparent that fostering political alliances on a long-term basis with other lesser privileged sections of the Balochi society has not been on the cards of the Bugti chieftain. While other leaders may be deriving some political mileage from the situation, they are probably clear that it cannot lead to a political relationship with the arrogant tribesmen.

The most disappointing aspect in this whole situation is the use of brute force by the establishment. It has often been proven futile. Fiddling with deep tribal affairs such as promoting migration of anti-Bugti tribes into the conflict zone can turn into dangerous and bloody situations. Extra-judicial killings of activists and abductions must stop

without delay. Avenues of peaceful settlement of the current crisis are wide open. To begin with, the government may declare a ceasefire, initiate a meaningful dialogue process and involve all the stakeholders who matter in Baloch affairs. Adequate trust must be reposed in political leaders including the present provincial government to play their due role. The issues for discussion may include the share of the province in common financial pools, royalty payments on resource utilization, the share in irrigation water, political autonomy as per proviso of the constitution underdevelopment in several districts and coordination of federal projects — so far initiated without consultation with local partners. If the establishment does not show its sincerity towards resolving issues through peaceful means, little stability shall be expected in the region.

The involvement of Iran in the current wave of violence is another prominent speculation. Given the present political and strategic scenario, this may not sound illogical. The US and its allies in the war on terror have made joint attacks on potential enemies in the recent past. It is also obvious that given the history of the Pakistani establishment buckling under US pressure, any launch of hostility towards Iran may not be a far-fetched option. A politically charged Balochistan with spread out spot uprisings shall be a desirable option for its western neighbour to contain the possibilities of US or allied strategic operations against Iran. It is hitherto an assumption which is cited by many quarters but requires substantiation and solid proof for any extrapolation. The announcement of building a cantonment in the Avaran district by the army is viewed as an indication of the resolve of the establishment to extend strategic presence in a sustained manner.

The response of other provinces and political factions is below the desirable level. The gravity of the situation requires a deeper involvement of both opposition and treasury benches to investigate and analyze the situation for evolving political options. The only worthwhile fact-finding mission that went into the region was sent by the Human Right Commission of Pakistan (HRCP). Most of the findings revealed by Ms Asma Jehangir and her team were serious. Violation of human rights; evictions of Bugti locals who were alleged to be involved in uprisings; kidnappings; abductions of youth by law enforcement agencies and harassment of local population are few important issues revealed by the mission. Attempts were made by the MQM to reach out and probe into the situation but due to the lack of logistic back-up support by the tribal chiefs, it could not materialize. Without objective fact-finding and analysis, political options for the crisis will remain sketchy and ill-prepared.

Balochistan unrest cannot be put on the back burner. It must be made a matter of priority. However, Baloch leadership shall have to demonstrate its commitment to move towards a meaningful dialogue with the establishment for addressing present and pending issues. As far as the establishment goes, a tolerant and patient attitude would do the situation a world of good.