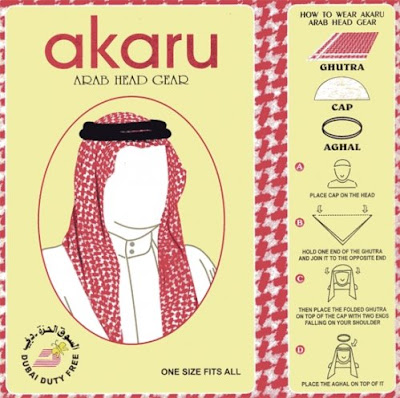 Prostitutes of the world unite in Dubai Posted on: Monday, 11 July 2005, 08:06 CDT By Andrew Hammond
http://www.redorbit.com/news/health/170378/prostitutes_of_the_world_unite_in_dubai/

DUBAI (Reuters) - At a downtown Dubai hotel crammed full of prostitutes, a Russian lady caked in make-up boasts about all the rich clients she's been hanging out with of late.

"Shoo, ya habibi!" ("what's up, baby!") she purrs in Arabic in an effort to impress a prospective English customer. But he isn't having any of it and turns his attention to some of the other nationalities on offer.

"I think he prefers black," Katerina rasps in disgust, as the man falls into conversation with a group of Ethiopians.

Business is booming in freewheeling Dubai where everyone, including ladies of the night, is flocking to make his or her fortune amidst another surge in Gulf Arab petrodollar wealth.

The semi-autonomous city-state in the United Arab Emirates -- the scene of round-the-clock work on brazenly ambitious urban development projects -- is attracting a global mix of blue and white collar labor and realized 16.7 percent growth in 2004.

But unusually for the conservative Gulf region, it also has a vibrant nightlife serving its population of 1.6 million, most of them foreigners, with easy-access sexual relations for all.

Sara and Mariam, two Muslim sisters from Azerbaijan, prowl the city's bars by night looking for customers. They rarely have a problem.

Tonight they've made the trek from the neighboring city of Sharjah, where rents are cheaper than Dubai, to a nightclub where the city's cosmopolitan mix of men know there is a global-wide choice of partners for the night.

"Money -- in Dubai there's lots of money. Everybody talks about it where I come from," says Sara, decked out in give-away knee-length leather boots and a tight white top.

On earnings of $6,000 a month, with $600 paid to her Turkish pimp, she says it's an easy game for the sisters, who watch out for each other in case there is trouble. They are doing well in a country with a per capita income of more than $20,000.

"Our day jobs pay almost nothing, but we can make a lot of money at night. It's very easy for us here," says Mariam, who along with her sister has a low-paid professional job by day.

But there is another side to prostitution in the Emirates -- women lured by pimps to the country on false pretences who find themselves forced into selling themselves by night.

The State Department last month singled out the UAE as one of the world's worst offenders in human trafficking, partly because of women it said are forced into prostitution.

Alia, a 25-year-old from Kazakhstan, says she is one of them. A recent arrival, she earns about $1,000 a month but pays most of it on rent and her Kazakh pimp who has kept her passport until Alia's payments hit the $8,000 figure.

"I was tricked to do this. I thought I would be working as a secretary or something. I was ill for the first one and a half months from the shock," she says stoically, surveyeing the large array of competition filling the hotel bar.

"I was amazed when I first came at the number of girls here," she adds, before leaving the scene alone. One police official acknowledged the large numbers of prostitutes but said many of the complaints could not be taken seriously. Professional "Natashas," or Russians, say they have been duped only after arguments with their pimps over money, he said.

According to local charity group Valley of Love, there has been a rising number of women forced into prostitution over the last year. The networks are often run by Indians, the largest ethnic group in the cosmopolitan mix of the United Arab Emirates.

"There have been more than 150 cases in the last six months, while previously it was very few. Now people have come to know these things are happening," said its head, C.P. Mathew.

"They were forced or nearly forced into prostitution. Most of them escaped, and most of them were Indian. They come as babysitters, maids and salesgirls. Some will do whatever they can to get out of the situation," he added.

One such woman was Amali Wijiyatunga, a 25-year-old Sri Lankan maid who jumped out of a second-storey window when she realized she was being forced into sex for money.

Police found her broken and bloody on a downtown pavement earlier this year and took her to a hospital. Amali says Indian acquaintances had promised to help her after she went through a series of unpleasant employers in other UAE cities.

But things turned from bad to worse when she was taken to a Dubai apartment on the promise of help in finding better work.

"They wanted me to do a blue movie and I didn't know what to do. This is my life, I can't do this. So I jumped out of the window," she said from her hospital bed where she convalesces. 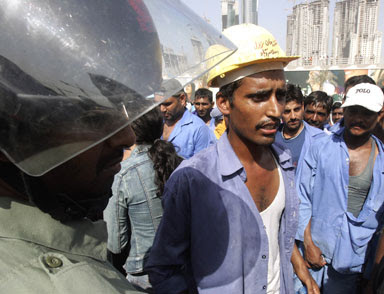 Construction on a skyscraper expected to be the world's tallest was interrupted when Asian workers upset over low wages and poor treatment smashed cars and offices in a riot that an official said Wednesday caused nearly $1 million in damage.

The stoppage triggered a sympathy strike at Dubai International Airport, with thousands of laborers building a new terminal also laying down their tools, officials said. 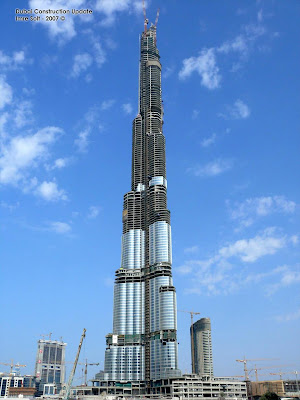 The workers were angered because buses to their residential camp were delayed after their shifts, witnesses at the site said. 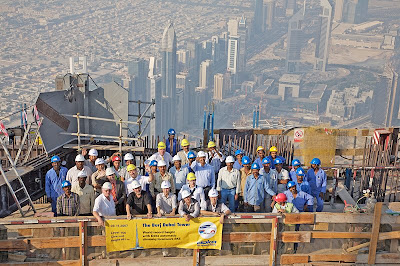 Crowds of blue-garbed workers milled in the shadow of the concrete tower, now 36 stories tall, while leaders negotiated with officials from the company and the Ministry of Labor.

"Everyone is angry here. No one will work," said Khalid Farouk, 39, a laborer with Al Naboodah. Other workers said their leaders were asking for pay raises: skilled carpenters on the site earned $7.60 per day, with laborers getting $4 per day.

A reporter inquiring about the riots was ordered to leave the site by an Al Naboodah manager who refused to give his name. The firm's business development manager, Jonathan Eveleigh, declined to comment when reached by telephone.

"They are asking for small things," said Al Jumairi, the labor investigator. "I promised them I would sit with them until everything is settled."

Al Jumairi later said he was being diverted to negotiate with idled laborers at the airport.

Labor stoppages in Gulf countries have recently become common, with some two dozen strikes last year in the United Arab Emirates alone. Most have centered on unpaid salaries and triggered a Labor Ministry crackdown on contract-breaching companies.

The strikes and riots by Al Naboodah workers marred what otherwise appeared to be smooth construction of the Burj Dubai, which is to be a spire-shaped, stainless-steel-skinned tower expected to soar far beyond 100 stories.

Emaar, the tower's Dubai-based developer, is keeping the final height a secret until the $900 million Burj is complete by 2008.

A section of the tower is to host a 172-room luxury hotel operated by Italian fashion designer Giorgio Armani.

The protesting workers are among almost 1 million migrants from India, Pakistan, Bangladesh, China and elsewhere who have poured into Dubai to provide the low-wage muscle behind one of the world's great building booms. In five decades, Dubai has grown from a primitive town of 20,000 to a gridlocked metropolis of 1.5 million. 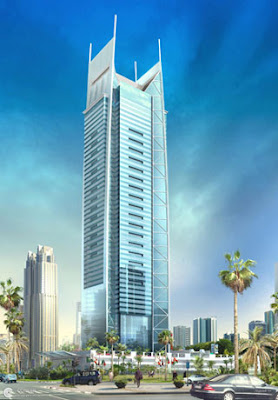 The deaths of five labourers at the construction site of the new airport terminal in Dubai will renew questions about conditions in which migrant workers toil in the United Arab Emirates.

Those who died, and 12 more who were injured when a reinforcement cage supporting a wall collapsed, are understood to be from South Asia.

Prestigious projects, like the $ 4.1bn airport expansion currently underway in Dubai rely mainly on workers from India, Pakistan, Sri Lanka and Bangladesh. These workers are cheap, usually earning fewer than $300 a month.

They can be seen operating cranes at the huge Dubai International Financial Centre, digging the foundations of what is billed to become the world's tallest tower, Burj Dubai, and operating heavy machinery on the vast man-made Palm Island.

Dubai is understandably proud of these projects and of the niche it has carved for itself in becoming a city with an impressively energetic and innovative reputation.

However, it is worth remembering that without these guest workers such flagship projects would not be possible.

The future prosperity of the city and its ability to create headline-catching superlatives for its ventures is dependent upon guest workers as well as on the flamboyant leadership which commissions the ideas.

Yet the majority of these employees have no voice - not even when it comes to their own safety.

Such workers are often the main breadwinners for their families back home. As such they are not in a position to lose their jobs through raising questions over on-site procedure.

Dissent is not encouraged in the Gulf. Expatriate unions are not allowed.

Safety on construction sites and more broadly within the workplace is currently a subject of debate in the UAE and one which is raised in the press from time to time.

Similarly the local newspapers often carry stories of construction workers allegedly not being paid for months on end.

They are not allowed to move jobs and if they leave the country to go home they will almost certainly lose the money they say they are owed.

The names of the construction companies concerned are not published in the newspapers for fear of offending the often powerful individuals who own them.

Nevertheless it is a bold expatriate labourer who starts the process which could ultimately lead to him being dismissed and deported for troublemaking.

Some workers become so desperate that they decide to walk several kilometres from the camps where they live on the outskirts of the city to the ministry of labour.

I have seen hundreds of migrant workers snaking alongside the busy, eight-lane Sheikh Zayed highway towards the city. I have also seen them stopped and surrounded by police in riot gear with only a few brave individuals able to proceed.

Workers are aware that, if they are deported, there are thousands of other workers who will willingly take their place.

With the economics so obviously unbalanced, it should be the role of the employers - government companies or privately run enterprises - to take responsibility and to ensure safety and fair play for their workers.

In the case of the accident at Dubai International Airport, the President of the Department of Civil Aviation, Sheikh Ahmed bin Saeed Al Maktoum, has promised a full investigation.

He has stressed that there are three independent safety bodies working on the site and that the safety of his employees is paramount.

Sheikh Ahmed is the uncle of the de-facto leader of Dubai, Sheikh Mohammed bin Rashid Al Maktoum. As a member of the ruling family he has the ability to promise, and deliver.

Construction workers around the city will be putting their trust in him to do just that.