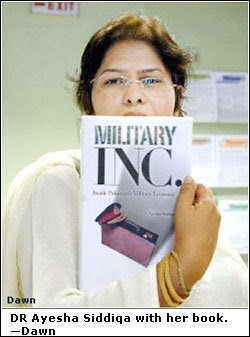 As the entire Pakistani nation watches video footage of a 17-years-old girl screaming on their television screens during the process of her torture at the hands of the brutal Taliban in Swat, one wonders if the mothers, sisters, daughters and the male members of this nation will ever take time out to think about this system of justice advocated by these men who are not even qualified to interpret the Quran and Sunnah.

How did these men know that she had committed adultery? Or were the men in Iran, who ran a jeep over both the arms of a young boy to punish him for stealing sure about his economic circumstances? Sadly, all this will be justified in certain quarters as upholding of Sharia. But the legal system of any land is meant to do justice which is not just the application of some legal norms, but the application of law in conjunction with sensitivity towards the economic, social and political conditions of a place.

The application of Sharia is extremely complex as it entails a stringent mechanism for evidence. For instance, a witness has to meet certain conditions. The witness has to be one: (a) who has never been punished for any crime, (b) has always said all his prayers in time, (c) never urinated standing up, (d) never eaten from a market place, (e) never committed any major sin, (f) never committed any minor sin, and (g) never failed to carry out obligations prescribed by Quran and Sunnah. These conditions are so stringent that according to Pakistan's former Chief Justice Sajjad Ali Shah even he would not qualify to be a witness.

Referring to the case of the girl flogged in Swat, the fact of the matter is that this is one example of the dire conditions of women in a large number of Muslim societies where there is no legal system for this particular gender to prove their innocence. In Pakistan in particular where the Hudood laws were formulated under the Zia regime, the objective was not to bring justice in the society but to throttle all forms of justice. In this respect, the Taliban in Swat and those who ruled Afghanistan for some time are Zia'children. They use force arbitrarily and apply laws without the real context to enhance their own power.

For those, who think of General Ziaul Haq as an exemplary marde momin, it would be beneficial to read Tahir Wasti's seminal work --- Application of Islamic Criminal Law in Pakistan: Sharia in Practice". The book published in January this year and authored by a man, who has experience of both Islamic law and British common law, is the first detailed research enlisting the ramifications of the application of sharia law in Pakistan. The writer argues that Zia's decision to impose Nizam-e-Islam on February 2 1979 was not a sincere act. Wasti, in fact, argues that had the military dictator been sincere he would have also invoked the law of Qisas and Diyat as part of his Islamic regulations that mainly consisted of the five laws pertaining to: drinking, Zina (adultery), Zakat and usher, highway robbery, and theft. The punishment for some of these crimes is not even prescribed in the Quran.

The reason that Zia left out Qisas and Diyat, which finally became an ordinance in 1990 during Benazir Bhutto's government and finally passed as a law after twenty minutes of debate in parliament under Nawaz Sharif was because he was too eager to hang Bhutto. Such a law would not have allowed for the approver Masood Mehmood, which, in turn, means that Bhutto could not have been sentenced to death.

Not surprisingly, Bhutto had filed a review petition number 5-R of 1979 on 13/02/1979 in the Supreme Court asking that his case be tried under Sharia or Nizam-e-Islam through first invoking the law on Qisas and Diyat. Notwithstanding the fact that while in power Bhutto himself played to the gallery by using religion, in case of his trial his plea to use the religious law was primarily as a legal point that would technically stop the Zia government from sentencing him to death. Interestingly, as Wasti points out in his book, Zia kept returning the draft of this law until he had managed to put Bhutto to death. The Supreme Court justices gave a split decision on the Bhutto case arguing on page 29 of the decision of the said review petition that under section 302 of the PPC read with section 109 of the PPC, this was a case of unintentional murder in which there was no room for the witness of an approver. The decision including the said review petition by Bhutto is reported in PLD 1979 Supreme Court 741 and the two volumes on "Bhutto's Trial Documents" published by Justice Afzal Haider.

Zia's government also challenged other cases in which such a law needed implementation. Unfortunately, the author states, it were judges like Justices Tanzeel-ur-Rehman and Afzal Cheema who helped Zia cheat the entire country by bringing about amendments in the sharia law that suited the military dictator's interests and allowed him not to pass the law on Qisas and Diyat as long as he was alive.

What is even sadder is that such discrepancy in Nizam-e-Islam was never seriously challenged by any quarters. Even after the Qisas and Diyat law came into force, first as an ordinance, and later, as law, no one really pointed out the problem in invoking the said law. As Wasti points out in his book, since it is difficult to find a witness, the law of Qisas was never implemented and the government basically uses tazeer or diyat to pass judgments. Diyat allows for compromise in case of murder, a law which was framed not to bring peace and justice in the society according to religious principles, but to suit the interests of the more powerful. There are cases after cases reported in Wasti's book in which poor and weak people were forced to accept a compromise and forgive the murderers of their loved ones. The law even encouraged exchange of women as part of a settlement. Reportedly, since the law came into force some judges showed their magnanimity by ordering the payment of blood-money in addition to exchange of women. Interestingly, the system was never fully challenged by the legal community due to what senior lawyer and now human rights activist Iqbal Haider termed, on the floor of parliament in 1990, as greed of the legal community. This law permits lawyers to claim their fee without putting in effort that they would otherwise have to do to in defense of their clients.

The screams of the young Swati girl are the knock on the door of the entire society to wake up and not allow these men and others like them, who are at best Zia's children in terms of their sense of legal fairness, to bring violence in this country in the name of religion. This is not just about better treatment of women but also a matter of justice for all and peace and tranquility in the society. What is being presented as sharia is in reality a system that protects the unquestioned power of those who have monopoly over violence and resources in the society. A legal system is an ever-evolving process that needn't mimic the past without taking into account the circumstances. In the words of Maulana Amin Ahsan Aslahi, religion of the past is history of the present which can only be used as a good reference point and no more.

The writer is an Islamabad-based social scientist and author of Military Inc. Email: ayesha.ibd@gmail.com

Excellent explanation of present time mullahs and factual about the religion of Zia and his followers. Sadly, there are many followers of Zia who even don't beleive that he was a big liar and a liar cannot be Ameer ul mominin. He said on radio and television that elections will be held within 90 days but never held elections.Everybody is translating Islam to their own benefit. In my opinion, we cannot make any progress unless we separate religion and politics. Which religion we should follow, leave it to people. If they want to pray in mosques, in churches or shrines, lets leave on them. Goveraments should provide the basic necessities of life including but not limited to food, education, living, peace and justice. If govt. have to take advice from Sufi Muhammad or scholars like Imran Khan and Hamid Gul, then they don't have any right to govern. Let the said people come into power and then people will know their barbarism very first hand. May Allah rescue us from these so called Mullahs and the liars like Zia and Zardari.
Best Regards.
Malik Ghulam Rasool
Toronto, Ont.

I would like to draw your attention to one factual error here pertaining to the extract from your article, reproduced below...

===
Or were the men in Iran, who ran a jeep over both the arms of a young boy to punish him for stealing sure about his economic circumstances?
===
Do check out these links: