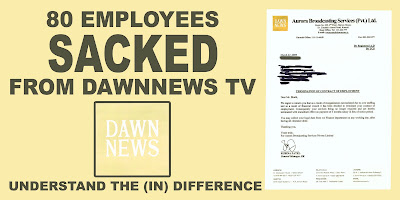 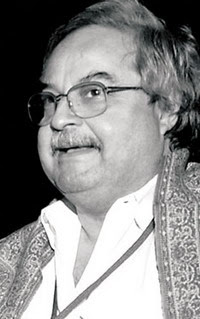 APPENDIX. B - MEDIA CONTROL THROUGH THE PEMRA ORDINANCE

Amendments to the Law Regulating Electronic Media in Pakistan

Despite the fact that the Federal Government deregulated the field of electronic media in 2002 and began to grant permanent licenses for the establishment and operation of electronic media stations to the private sector, it has been reluctant to grant such licenses to owners of existing media in Pakistan. The Federal Government has commonly cited the Pakistan Electronic Media Regulatory Authority Ordinance, 2002 as the basis upon which owners of existing media enterprises may not be granted a broadcast media, distribution service or CTV license. The Federal Government maintains that the PEMRA Ordinance, 2002 contains a prohibition on the grant of such licenses existing media owners may be issued with a broadcast (or other electronic media) license. N.B. – Please see separate document challenging the existence of the alleged restrictions on the ownership of more than one media enterprise by a single owner in the PEMRA Ordinance, 2002. The paper suggests that the PEMRA Ordinance, 2002 does not, in itself, bar cross-media ownership, but rather that secondary (or enabling legislation) is what purports to institute a ban on cross-media ownership. The paper further contends that it Parliamentary approval is not necessary or required in order to repeal the restrictions on cross-media ownership. The paper also details the existing legal regime governing electronic media in Pakistan and the pitfalls associated with such a regime for private owners of existing media.

After three years of deliberation, the National Assembly finally passed the PEMRA Bill in February 2007. This bill has not yet come into force as it still awaits Presidential assent.

This document attempts to highlight key areas in which the PEMRA Bill seeks to amend the PEMRA Ordinance, 2002 and the effect of such amendments on existing or potential media owners in Pakistan.

Analysis of Selected Provisions of the PEMRA Bill

• The PEMRA Bill seeks to widen the ambit of the PEMRA Ordinance, 2002 as it allows for PEMRA to regulate the establishment and operation of all “electronic” media as opposed to merely “broadcast” media. “Electronic media” covers both broadcast media and distribution services. This effectively gives PEMRA complete control over the supply and dissemination of information through electronic media.

• Furthermore, under Section 18, PEMRA may further sub-categorise the above categories “as it may deem fit.” This is an extremely ambiguous conferral of power as the Bill makes no mention of any criteria that PEMRA must apply or refer to when creating such sub-categories. As such, it may lead to complete arbitrary and ad hoc use of power. For example, recently, upon perusing the PEMRA website, we discovered that PEMRA had indeed sub-categorised the category of “uplinking facility.” No notification of such a change in the Rules or Regulations (as promulgated by PEMRA) has been communicated to the public or been published in the official gazette. These categories seem to have suddenly emerged on the website and on the website alone. Do they have the force of law? No one is certain, but it appears that applicants are expected to abide by them.

• Section 19(2) of the PEMRA Bill allows PEMRA to determine the number of licenses to be issued in each category or sub-category mentioned above. Once again, this is an absolute power and PEMRA is not obliged to conform to any principles of equality, fairness, due process etc in determining the number of licenses to be issued. This may perpetuate the current scenario wherein certain existing media owners have been granted a license/temporary uplinking permission by PEMRA whereas others have not, and no valid reason has been ascribed by PEMRA for such discrimination. This Section legitimises PEMRA’s ad hoc grant of licenses and provides it with a cop out in instances where the Federal Government is reluctant to issue a license to certain media owners, but not to others.

• Section 32 of the PEMRA Bill gives PEMRA the ability to grant exemptions from any provisions of the Ordinance, in instances where PEMRA is of the view that the exemption serves the public interest. Under the PEMRA Ordinance, 2002, any exemptions so made must be “based on guidelines and criteria identified in the rules” and further provides that “such exemptions shall be made in conformity with the principles of equality and equity as enshrined in the constitution.” Interestingly, the PEMRA Bill removes these requirements, thus leaving it open for PEMRA to grant exemptions without adhering to prescribed guidelines or rules of fairness.

• Section 39(2) (c) of the PEMRA Bill enables PEMRA to prescribe standards and measures for the establishment of broadcast media stations and installation of equipment.

• The PEMRA Bill purports to introduce Section 39(2) (d), which provides that PEMRA and the government will jointly prescribe terms and conditions for broadcast media and/or distribution service operators who own, control or operate more than one media enterprise. The PEMRA Bill is silent as to what sort of terms and conditions it is authorised to prescribe from time to time and does not provide a general framework of rules and regulations that licensees can expect to abide by.

• The PEMRA Bill also introduces Section 39(2) (e) which states that PEMRA and the government must jointly define the circumstances constituting undue concentration of media ownership and abuse of powers and anti-competitive practices by media companies. Once again, no further clarification has been given on the kind of criteria that PEMRA and the government will rely on in order to determine whether anti-competitive practices are taking place. As such, the definition of “undue concentration” is left to the government’s discretion.

The Problem of Cross-Media Ownership:

• The clause in the PEMRA Ordinance, 2002 which has been seen by the government as restricting cross-media ownership is Section 23(2) which reads “In granting a license, the Authority shall ensure that open and fair competition is facilitated in the operation of more than one media enterprise in any given unit of area or subject and that undue concentration of media ownership is not created in any city, town or area and the country as a whole.” The PEMRA Bill supplements this clause by adding “Provided that if a licensee owns, controls or operates more than one media enterprise, he shall not indulge in any practice which may impede fair competition and provision of level playing field.” The clause now explicitly provides that existing media owners may be granted a broadcast or distribution service license, provided that they do not behave anti-competitively or form a monopoly. Whilst this is a welcome addition to the Ordinance, there is still no criteria according to which anti-competitive behaviour may be established and nor is there any indication of what “any practice which may impede fair competition” is. As such, it will fall solely upon PEMRA and its discretion to determine what constitutes anti-competitive behaviour.

• The PEMRA Bill proposes to add a new Section 31 to the PEMRA Ordinance, 2002. This clause deals with uplinking facilities and provides that “no person shall carry out uplinking without a valid teleport or satellite television license from the Authority.” Section 31(2) goes on to state that “The Authority may, subject to fulfilment of such conditions, as may be prescribed, issue permission in writing to a party to carry out temporary uplinking from a ground transmission facility to a satellite in order to transmit any programme within or outside Pakistan.” The PEMRA Bill does little to remove the difficulties posed by the PEMRA Ordinance, 2002. Whilst it does expressly allow for PEMRA to issue an uplinking permission to any party whatsoever (whereas the PEMRA Ordinance, 2002 only allows for existing broadcast or cable television stations to be granted such a permission), it still does not go far enough in allowing persons who are granted this permission to actually establish a broadcast television station or channel on the basis of a temporary uplink permission. Furthermore nowhere in the primary or the secondary legislation, does it state what the duration of such a temporary permission is or what conditions need to be fulfilled by the potential applicant to avail of this permission. As such, it is an arbitrary and sweeping power granted to PEMRA to issue temporary permissions and it still does not validate, legitimise or legalise stations that are established primarily on the basis of this temporary uplink permission.

Powers of Inspection and Seizure of Licensee’s Equipment:

• PEMRA has widespread powers to inspect a licensee’s premises and equipment at any time and to confiscate or seize a licensee’s equipment if it deems fit.

• Section 29 allows for any of PEMRA’s officers to enter into a licensee’s premises for the purposes of inspection, without any forewarning. The PEMRA Ordinance, 2002 provided for such a power, but stated that such a power may only be used upon the provision of “reasonable notice.” The PEMRA Bill seeks to do away with the requirement of “reasonable notice” and allows PEMRA officials to conduct random searches.

• Furthermore, the Section 29(4) of the PEMRA Bill allows for PEMRA to authorise any of its officers to undertake “investigation, in the manner it may prescribe, in any matter…”

• Section 29(5) does away with the requirement for PEMRA to issue a show cause notice to the licensee before seizing its equipment or sealing its premises. Regulation of Content:

• The PEMRA Bill confers a new right onto PEMRA, namely, the right to devise a code of conduct for programmes and advertisements which licensees shall comply with (Section 19(5)).

• Section 20(c) of the PEMRA Bill expands on Section 20(c) of the PEMRA Ordinance, 2002 and provides that not only must licensees ensure that all programmes and advertisements do not contain or encourage violence, terrorism, racial, ethnic or religious discrimination, sectarianism, extremism, militancy, hatred, but also that they do not contain or encourage pornography, obscenity, vulgarity, “or other material offensive to commonly accepted standards of decency.” This clause is extremely vague and is not rooted in any tangible criteria. As a result, this section (in the form to be found in the PEMRA Ordinance, 2002) has been used as the pretext for PEMRA to issue circulars to electronic media owners requiring them to prohibit the airing of programmes which deal with the issue of Kashmir, the reporting of national tragedies and incidents, and most recently, of any programmes reporting the proceedings of the Supreme Judicial Council or “any programmes concerning issues pending before the Council” in the case of the referral against the Chief Justice of Pakistan.

• Section 20(f) of the PEMRA Bill requires licensees to appoint an in-house monitoring committee “under intimation by the Authority” to ensure compliance with PEMRA codes of conduct.

• The PEMRA Bill inserts a new Section 27, under which PEMRA may prohibit any broadcast media or distribution service operator from broadcasting or distributing any programme or advertisement if PEMRA is of the opinion that it violates any part of Section 20(c) of the PEMRA Bill.