Lets assume its correct then you like to define the War on Terror which is being founght by Pakistan since the days of that Lowly Grunt Musharraf for some coins. Buffoon like Scholars who appear on TV Channels and their hateful analysis and articles in Newspapers had pushed Bengalis to the wall and your stupid comment will ignite hate and not Extenguish the fire of Hate.

I wonder have you ever been to Dera Bugti, Qallat, Sui, Naal, Wadh, Punjgoor, Jhat Pat, Temple Dera, Sibbi or even near Hub to know as to how miserable the life of a common Baloch Labour is [I dont mean that rivers of Milk and Honey are flowing in Punjab] but please read some history before condemning the entire community, haven't you had enough. Do you define Baluch Community by just watching a TV Drama e.g. Dasht or would you define them by going deep into details.

Your several posts were quite evident that you were quite in love with Cutthroat Irani Ayatullahs and Iran. Your above argument can be raised about Worse Human Rights Situation for Baluchis of Iran [predominantly sunnis], Sunnis, Bahais, and other communities. Why this Iran [also a Land of Allah] is so restricted for the minorities in Iran??? I can give you references of Human Rights Abuses in Iran and I will give from a source which is quoted by Pakistani Fundos on Human Rights Abuses of Kashmiris in India. So don't try to even whisper that Human Rights Organizations all over the world are Zionist Agents because Pakistanis often quote these very Organizations on Camp X Ray and Indian Held Kashmir..

You say Baluchistan's complain are unjust. Very well, I will quote a News Column of a Momin not a Nasibi Sunni so that you are satisfied as to why Baluchistan is angry. Please stop using this cliche' of Islamic Ideology, Two Nation Theory and Muslims are united, these slogans are outdated and have lost charm. Invent some new slogans for looting and plundering.

Article by a follower of "AHL AL BAYT" and I dare you to refute him. 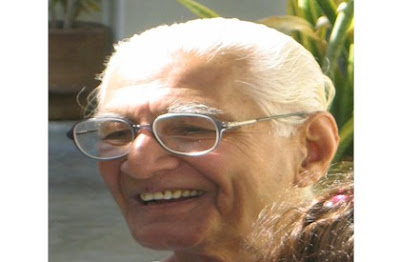 For the fifth time since 1947, Islamabad is using military force against Baloch nationalists. Indeed, the soldiers have to unavoidably target ordinary Baloch as well. The ongoing 'operation' marks the second occasion during General Pervez Musharraf's rule that military force is being applied against Balochistan. Why does the Pakistani state resort to use of force in Balochistan?

Let's pause and think. Perhaps the federal authorities have resorted to force so many times in Balochistan because its people tend to protest in less peaceful ways. And what do the Baloch people want, some of whom are now insurgents? Is there something strange about Balochistan? Or is there some peculiar trait in the central authorities? In any case, what has Islamabad achieved through the use of force?

What is certain is that the reactions of the common Baloch people to the Centre's politics have been adverse. But that is not strange. Of all the three minority provinces, Balochistan is about the most discontented. Currently, news of ambushes, rocket attacks on military targets, and sabotage of railway tracks and gas pipelines is frequent. True, many Baloch leaders doubt whether the BLA exists. But the evidence of actions does amount to a low-level insurgency. It is therefore urgent to repeat: what does Islamabad gain through frequent use of force? Military actions involve killing of unproven 'miscreants' that may include any number of innocents. That has a political cost. The story of the army's deployment in Balochistan has been decades in the making.

The Pakistan Army's show of force ensured the accession of Balochistan soon after independence, though happily no blood was shed. Then, President Ayub Khan used the army to put down what were perhaps isolated dissident protests. In 1973 the PPP government launched a major four-year-long operation. The fourth time was last year, under Musharraf, when the army killed many locals in the Kohlu and Dera Bugti areas. And now Musharraf is again quelling the 'miscreants'.

An attempt on the president's life in Kohlu last month shows how grim the situation is. Eight rockets were fired and one landed just two hundred yards from the president. Within days a rocket fired by insurgents hit a helicopter carrying two top officers of the Frontier Constabulary; both were wounded. The fighting as I write is extensive and also bloody. One wonders how many innocent Pakistanis who may not be BLA members are being killed. Obviously the quest for establishing the writ of the authority is the motive behind such use of force. But the fact of the matter is that every use of force has been progressively less effective. Nobody seems to believe that the threat of force is far more effective than its use. Somehow that notion has not penetrated the rarefied atmosphere surrounding Pakistan's rulers.

One wonders why General Ayub shifted the capital from Karachi to Rawalpindi which lies squarely in the territory of the martial races. This creates a militaristic psychosis among those living in the area. Dissent seems to them an insult and their impulse is to lash out. Anyway, Islamabad could never perceive the political dimensions of the Balochistan problem.

What are the reasons for the antagonism in Balochistan? The Baloch are angry, but Islamabad sees only the foreign hand. Earlier, Afghans and Soviets were blamed for spreading 'disaffection'. Later it was the Shah of Iran as well as the US itself that appeared to have interests in Balochistan. Indeed, the Shah is on record as having said as much.

In the 1980s, Balochistan acted as one of the sanctuaries for attacks on Afghanistan, which was Islamabad's design. That fomented Islamic extremism, the progenitor of the Taliban, and then the Taliban themselves who tend to double as sectarian terrorists. The Taliban were projected as the army's success story. The so-called 'agencies' have continued to call the shots in Balochistan and have mightily manipulated political developments in the province. Many Baloch nationalists believe and say that their provincial government comprises a bunch of toadies. Real power, they say, resides in the 'agencies'.

Anyway, the province is seething with discontent. Its Pashtun belt is quiet so far but divided between supporters and opponents of the Taliban. Pashtuns have been generally well adjusted in Pakistan, though they are dissatisfied with their share in power and pelf. Coincidentally, the distinction between two types of Pashtun nationalists needs to be noted: the secular Pashtun nationalism of the NAP, ANP and PMAP is under attack from the Taliban who exemplify a Pashtun nationalism rooted in Islamic consciousness and goals. But Balochistan's discontent has many other sources.

Sindh is also seething with anger. President Musharraf's campaign to popularise Kalabagh Dam is seen as a challenge and an insult; anyone visiting Kotri can see what the mighty Indus has been reduced to. The cause is said to be heavier withdrawals upstream of Sukkur Barrage. Lower Sindh has been woefully short of water while shortages are being felt in upper Sindh as well. New canals leading off from KBD would mean even less water for Sindh. There is no arithmetic which proves that if more water is used upstream, it will increase water flows downstream of Sukkur. It is a zero-sum game. Water is a finite commodity.

The president promises Sindh that the Punjab will not reduce its water supplies. 'Iron-clad' constitutional guarantees are being offered. It is unclear if this includes a guarantee against new canals taking away water for use in southeast Punjab. At any rate, there is a huge deficit of trust in the three provinces where the Punjab is concerned. At least four unconstitutional military governments have shown that constitutions mean nothing in Pakistan; they have been prostituted so many times. Who will trust a constitutional guarantee for Sindh, Balochistan and the NWFP after what has been seen as the army's twitch to take over. Then, Musharraf's words to the effect that "no Islamabad government can survive against the Punjab's wishes" is sure to erode national unity and the trust sustaining it.

The outlook for Pakistan politics is bleak. No state can survive through force alone. The Centre does possess plenty of military might -- in fact, more than is normally needed in a democracy. The force that Islamabad possesses is predicated on the perceived Indian threat. The fact now is that war between India and Pakistan is now inconceivable after the 2002 crisis; neither can start a war again. The current size of forces is now distorting politics and conditioning minds in Islamabad. Pakistan does not need an armed forces of this size.

The problem of Balochistan, all said and done, is mainly political. All that Baloch nationalists want is the power to make decisions in Balochistan and a share at the Centre. Their self-rule aims to prevent exploitation of resources that does not benefit them. This is their right and they should get it. They also do not want outsiders to outnumber them. This too is justified. They do not want their government to be run by outside bureaucrats and 'agencies'. These 'agencies' have to be reigned in anyhow and brought firmly under parliament's control. If they are secret and are only meant for gathering information, then they had better stay secret and not interfere in politics. Period.

Dialogue with the nationalists is needed. Governments in Quetta must have as much autonomy as would reassure them that their resources, particularly gas and oil, are not being used only to the benefit of others. They want a development that is determined by the Baloch people. The shortage of Baloch engineers and technologists needs to be removed by training more Baloch students through a crash programme in higher institutions. Let the Baloch people do it themselves.